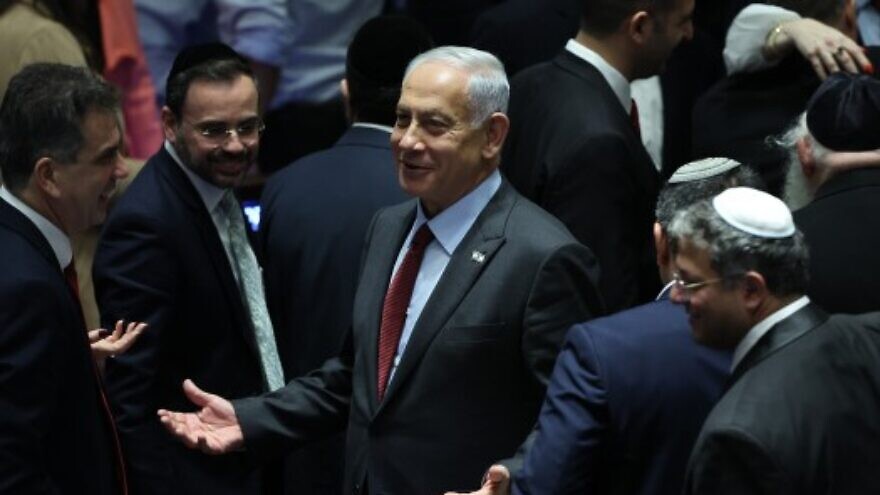 During a Knesset plenum, Netanyahu said, “Everyone will live in accordance with their own faith. This will not become a nation of religious law. It will be a country in which we tend to all citizens of Israel, without exception.”

Netanyahu’s coalition, which includes ultra-Orthodox religious parties, came under fire when a list of demands by United Torah Judaism (UTJ) came to light on Monday. They urged enforcing government restrictions on the Sabbath, including halting electricity production.

Lod Mayor Yair Revivo defended the idea. “I’ll give you the scoop: There isn’t enough electricity in the country, especially on the Sabbath and religious holidays,” he said. “It’s a shame that those people who usually champion ‘green’ causes are instead fighting the haredim on this one.”

UTJ also asked for more gender-segregated beaches and other concessions that would largely benefit the ultra-Orthodox population.

Outgoing Prime Minister Yair Lapid, leader of the Yesh Atid Party, asked Likud voters from the Knesset podium, “Is this what you voted for? … That with your vote the most extreme government in the country’s history will be established?”

“Netanyahu is a junior partner in the government that Smotrich and Deri will control,” he said, referring to Bezalel Smotrich, leader of the Religious Zionism Party, and Aryeh Deri, chairman of the ultra-Orthodox Shas Party.

Dismissing Lapid’s criticisms, Netanyahu said, “I want to reassure you: there is and will be electricity on the Sabbath. There will be beaches for everyone. We will maintain the status quo.”