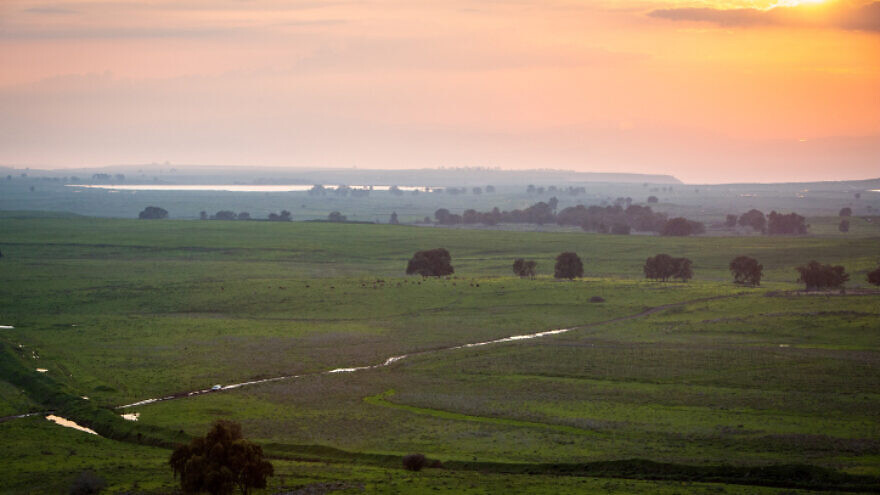 View of the sunset in the border area between Israel and Syria in the Golan Heights on Feb. 20, 2019. Photo by Maor Kinsbursky/Flash90.
Spread the word.
Help JNS grow!
Share now:

(August 5, 2020 / JNS) Israeli Prime Minister Benjamin Netanyahu warned the Lebanon-based terrorist group Hezbollah on Tuesday that Israel would take the necessary measures to defend itself after Israel launched airstrikes against targets in Syria.

“We hit a cell, and now we hit the dispatchers. We will do what is necessary in order to defend ourselves. I suggest to all of them, including Hezbollah, to consider this,” said Netanyahu on Twitter.

A source in the Syrian military told SANA that at approximately 10:40 p.m., Israeli helicopters had fired missiles at a number of sites near Quneitra, causing unspecified “material damage.”

The IDF confirmed that the Israeli Air Force aircraft had targeted sites including “observation posts and intelligence-collection systems, anti-aircraft artillery facilities and command and control systems” at  Syrian army bases, in retaliation for an attempt earlier on Monday by a group of terrorists to place a bomb on the Israel-Syria border in the southern Golan Heights.