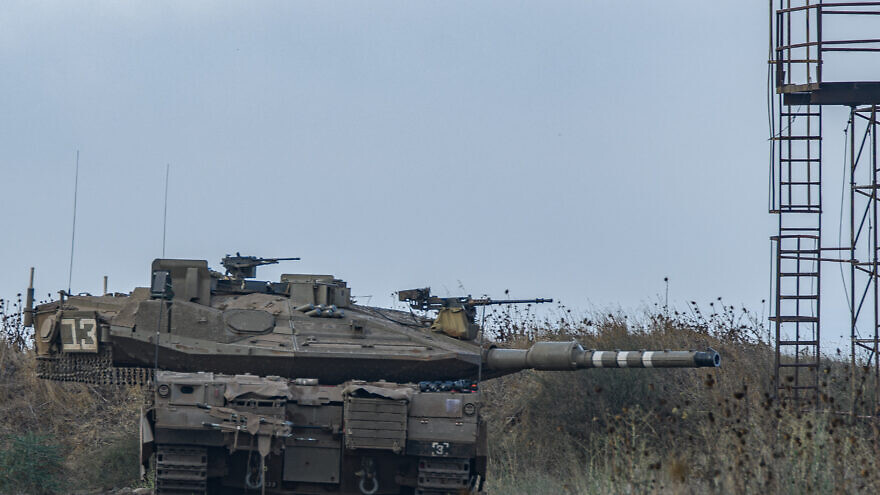 (August 3, 2020 / JNS) The Israel Defense Forces has carried out several airstrikes on Syrian military targets late Monday in response to an earlier attempted IED attack in the Golan Heights.

According to the IDF, the air force struck an observation post, intelligence collection systems, anti-aircraft artillery, and command-and-control systems.

Syria state media confirmed the airstrikes. It said that the country’s air defenses were activated in response to targeted sites southwest of Damascus.

Late Sunday, the IDF thwarted an attempt by terrorists to plant explosives along the border with Syria in the southern Golan Heights.

Although the IDF has said it cannot confirm a link between the armed squad and Hezbollah or Iran at this stage, it appears to be linked to a Hezbollah Iranian-back militia.

Last week, an armed Hezbollah squad was sent retreating back into Lebanon after approaching an IDF position on the Israeli-Lebanese border. The incident came in response to the killing of a Hezbollah fighter in Syria as a result of a purported Israeli airstrike.

Israel has long opposed Iran’s involvement in Syria and moves by Tehran to establish a permanent presence in the war-torn country, as well as moves to support the Hezbollah terror group based in Lebanon.