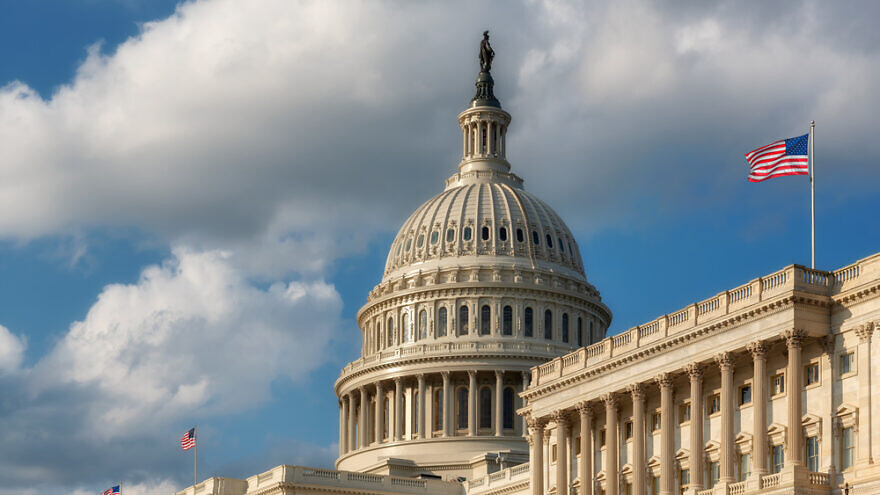 (August 17, 2022 / JNS) A bipartisan group of Senators introduced a bill that would make energy sanctions placed against Iran in 1996 permanent.

The co-sponsors of the Solidify Iran Sanctions Act (SISA) wrote in a news release that the bill was necessitated by Iran’s continued pursuit of a nuclear weapon and malign activities in the Middle East being a danger to Israel, America’s Arab partners and American military personnel in the region.

“The United States, Israel and our Arab partners remain concerned about the looming threat that a nuclear Iran poses to the stability of the region,” Scott said in a news release. “U.S. sanctions are a necessary deterrent for this dangerous and unstable regime, which is why my bill will make the cornerstone of sanctions on Iran permanent.”

“Iran has repeatedly undertaken destabilizing activities in the Middle East. This bipartisan legislation will ensure that we continue U.S. sanctions on Iran, which are important for restraining Iran’s ability to pursue weapons and technology that threaten our national security and the safety of Israel, our strongest partner in the region,” said Hassan.

The bill, which was supported by AIPAC and the Foundation for Defense of Democracies, would make permanent the sanctions passed in the Iran Sanctions Act (ISA) of 1996, which allows the president to impose secondary sanctions on Iran’s energy sector. ISA’s provisions have also expanded through the years to include other industries. Firms that violate the ISA’s “triggers” also have sanctions applied to them.

“The Iran Sanctions Act helped bring Iran to the negotiating table. For decades, Congress has extended this critical legislation on a bipartisan basis,” Rosen said in the release. “With Iran closer than ever to a nuclear weapon, I’m proud to join my colleagues in introducing bipartisan legislation that ensures we maintain the full range of our economic and diplomatic tools to prevent Iran from ever acquiring a nuclear-weapons capability.”

After being introduced, the bill was referred to the Senate Banking, Housing and Urban Affairs Committee for consideration.

“As Iran increases its nuclear and ballistic-missile threats and its support for terrorism and militancy in the Middle East, the United States should not ease sanctions and make it easier for the regime to continue its malign behavior,” said Hagerty.