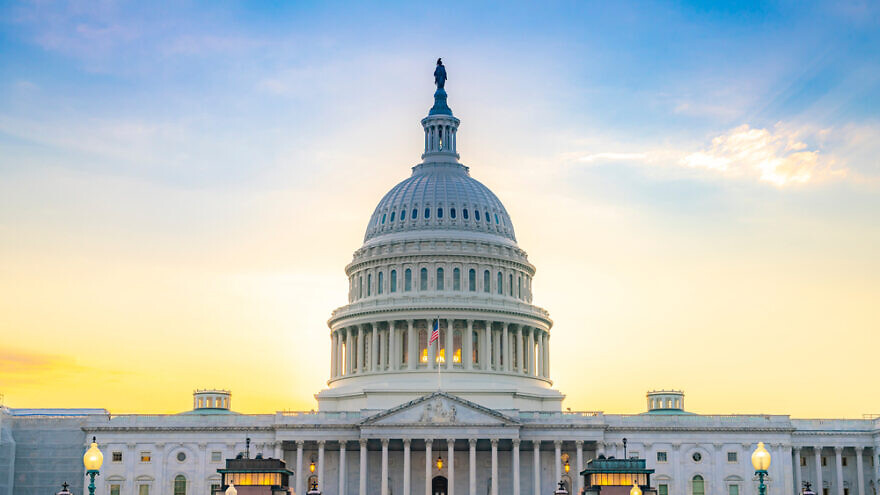 (November 17, 2021 / JNS) Sen. John Kennedy (R-La.) introduced a bill on Tuesday that seeks to address whether Palestinian students are being taught inaccurate or racist content about Israel and the Jewish people.

The bill, Peace and Tolerance in Palestinian Education Act, would require the U.S. Secretary of State to submit annual reports examining the curriculum Palestinian schools are using to teach students. The reports would also review whether Palestinian curricula encourage racist violence against Jews and whether U.S. foreign aid is supporting such material.

“The Middle East will never experience peace until Palestinians stop teaching their kids to hate Israel, and American dollars should not fund this anti-Jewish propaganda,” said Kennedy in a statement. “The Peace and Tolerance in Palestinian Education Act would give us a closer look at what Palestinian schools are teaching and whether or not American money is supporting anti-Semitism.”

The Senate bill is a companion piece to one introduced earlier this year in the U.S. House of Representatives by Rep. Brad Sherman (D-Calif.), which has gained 27 co-sponsors. A previous iteration of the bill in the last Congress was unanimously approved by the House Foreign Affairs Committee. The House version of the bill has been publicly endorsed by AIPAC, ADL and Hadassah.

The bill seeks to address growing concerns over educational materials being used by the Palestinian Authority and UNRWA. In particular, reports have highlighted the ongoing anti-Semitic hate and incitement in UNRWA schools.

The watchdog group IMPACT-se said it has been working with U.S. lawmakers and officials in the Biden administration to educate them on concerning trends in the Palestinian curriculum.

“The United States is now the most significant supporter of UNRWA, having recently restored $318 million in annual aid—60 percent of which will go towards education,” said IMPACT-se CEO Marcus Sheff. “Clearly, that amount of funding brings with it a great deal of leverage, a duty of care to Palestinian children in UNRWA schools and a responsibility to demand change to the textbooks UNRWA teaches. As we have discussed with the administration, transparency, oversight and accountability to ensure compliance with international standards are paramount.”

Last week, the United States abstained on a UNRWA vote in the United Nations that largely targeted Israel for its treatment of Palestinians. It was met with pushback from the Jewish community.

UNRWA is currently holding an international donors conference in Brussels. Israeli Ambassador to the United Nations Gilad Erdan has warned that the agency helps to “perpetuate” the Israeli-Palestinian conflict and urged donor nations to provide financial support to UNRWA if changes are made within the agency.