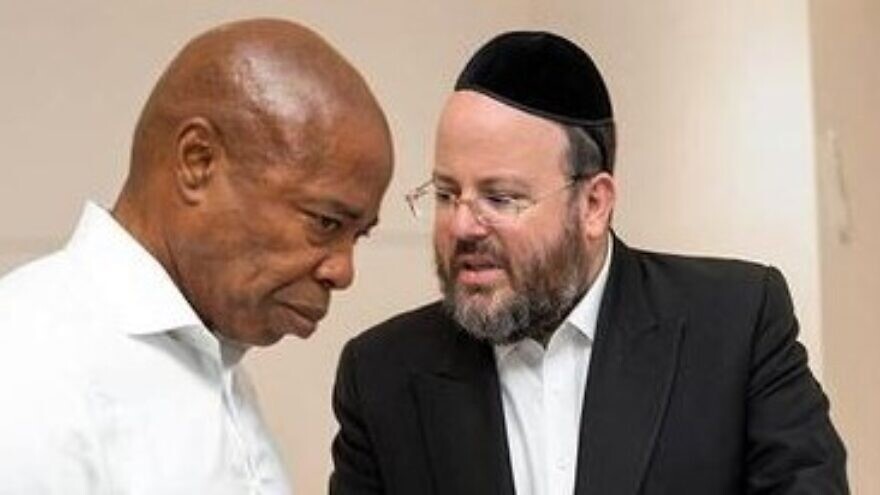 Eisdorfer is the first Chassidic Jew to ever be appointed adviser to the mayor. The Borough Park resident is now the third Orthodox Jew on the new mayor’s senior staff, which includes Menashe Shapiro as deputy chief of staff and Fred Kreizman as commissioner of the mayor’s Community Affairs Unit.

“I am so proud to serve as senior adviser to Mayor Adams, helping to advise the mayor on Jewish affairs and small business recovery efforts,” said Eisdorfer. “[He] has said that he’s building a team that looks like the city it serves, and I am committed to working with him and the entire administration to get stuff done.”

Eisdorfer was previously a board member of the Borough Park Jewish Community Council. He also served on Brooklyn’s Community Board 12 for almost two decades; was a community liaison at the New York State Senate for over seven years; and was a member of Adams’s senior staff when the latter was Brooklyn borough president, reported Hamodia.

New York State Assemblyman Simcha Eichenstein commented on the hiring of Eisdorfer, saying it “could not be more fitting, and is a strong display of his commitment to providing a safe and equitable city for all New Yorkers, including the broader Jewish community.”