(October 2, 2022 / JNS) My name is Tamar Shlezinger. I have a Ph.D. in social work and am a volunteer with United Hatzalah of Israel. Currently, I am taking part in the organization’s delegation to Puerto Rico to offer psychological and medical aid in the wake of Hurricane Fiona.

I landed in San Juan, Puerto Rico last Friday morning with my five partners, all United Hatzalah volunteers with a background in psychological treatment and emergency medical aid. After members of the local Jewish community warmly welcomed us at the Chabad house, we started trying to identify the needs of the population. We were connected with Levid Ortiz, director of the aid group PR4PR, who has been spearheading support efforts for many underprivileged communities. He identified communities that had been left out of the larger relief effort, and it was here that we focused our attention.

We drove to a warehouse where humanitarian equipment and food were being packaged for distribution to the population the next day. Distributing food and equipment is not the principal goal of our mission. Rather, it serves as a way to establish a connection with the local population, so we can then assist them with our specific capabilities as members of the Psychotrauma and Crisis Response Unit (PCRU), which provides psychological and emotional stabilization to victims. 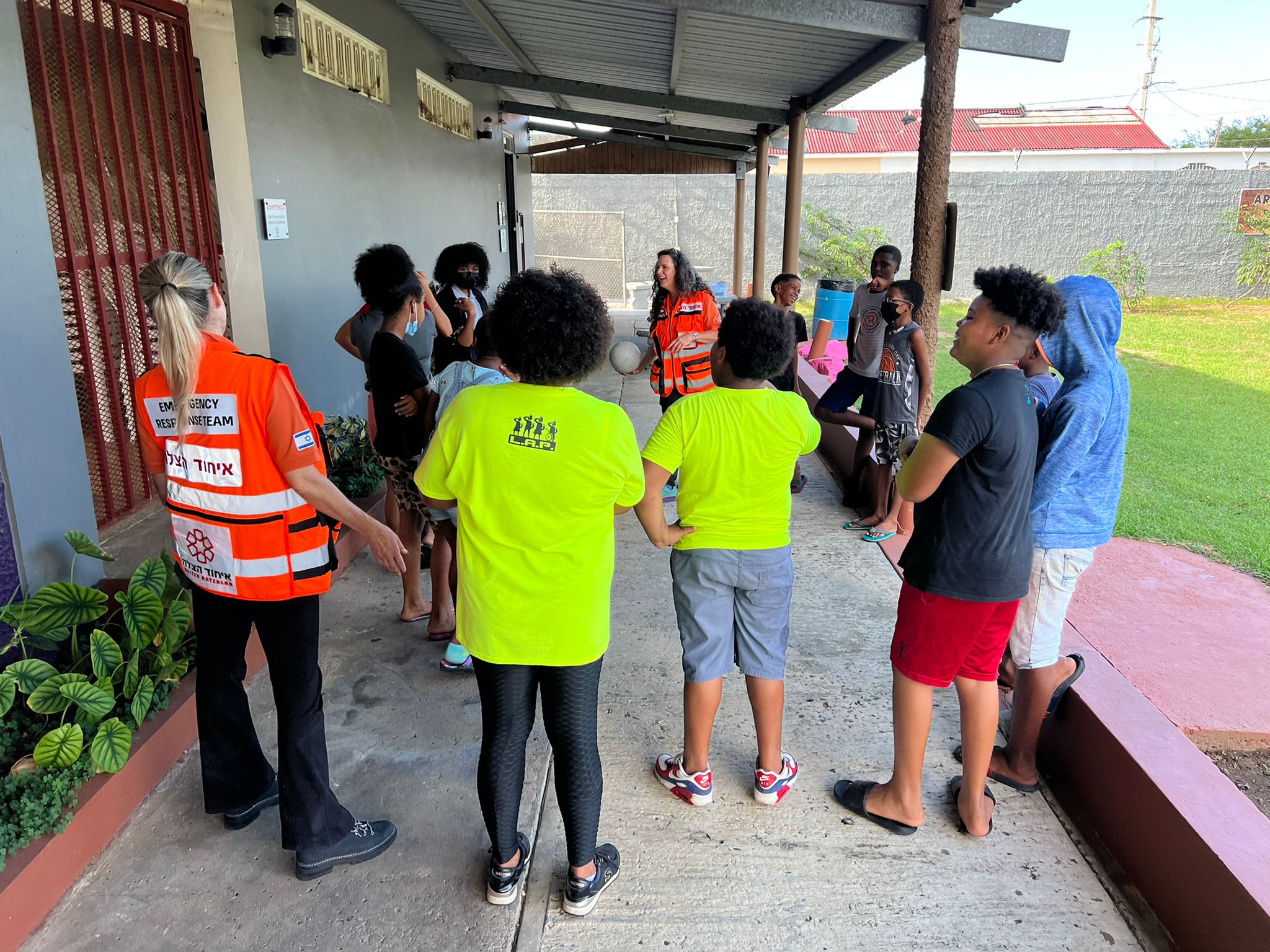 On Saturday morning, we woke up early and started preparing ourselves for the busy day ahead of us. We didn’t really know what to expect. One of the main questions for us was what type of trauma we would be dealing with. Were people mourning relatives or “just” the destruction of their property? This would determine our approach to treating them.

We were joined by a number of locals who had medical training and wanted to help us. They acted as translators and additional helping hands. We were glad to have the companionship.

When we arrived in the first community, we witnessed the heavy destruction wreaked by the hurricane, which caused the local network of rivers to overflow, destroying thousands of houses. Thankfully, there had been few human casualties. 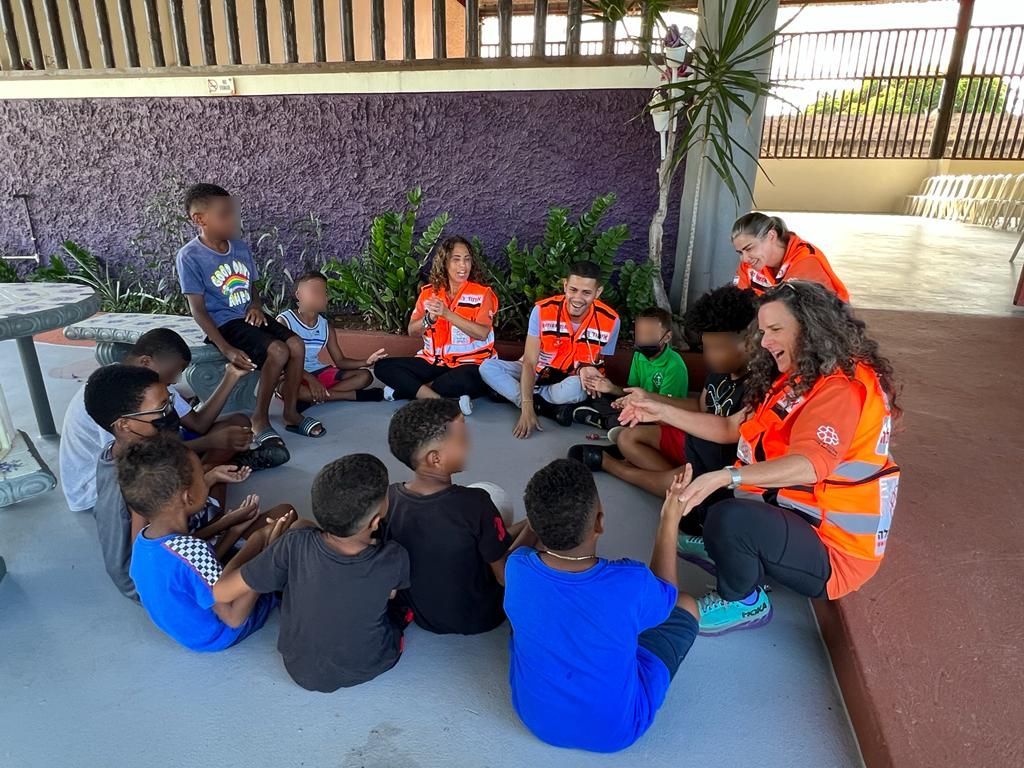 Speaking to residents, one of the recurring things we heard from them was the cumulative effect of being hit by two major hurricanes within the span of five years. The island had barely started recovering from Hurricane Maria, which brought devastation of even higher magnitude in 2017. Residents had feared a similar scenario, and now they told us that they were overwhelmed by a feeling of uncertainty about the future, as they knew that such catastrophes could easily repeat themselves. Imagine what it is like to rebuild your house for the second time, fearing that it might be destroyed again within the next few years.

In response, we provided the residents with tools to help them manage the emotions they were experiencing. We sat with them and spoke with them at length. We taught them breathing techniques and ways to control their thoughts in order to avoid being overwhelmed by anxiety. We also found that a medical check-up by our EMTs went a long way toward making residents feel looked after and in control of the situation. 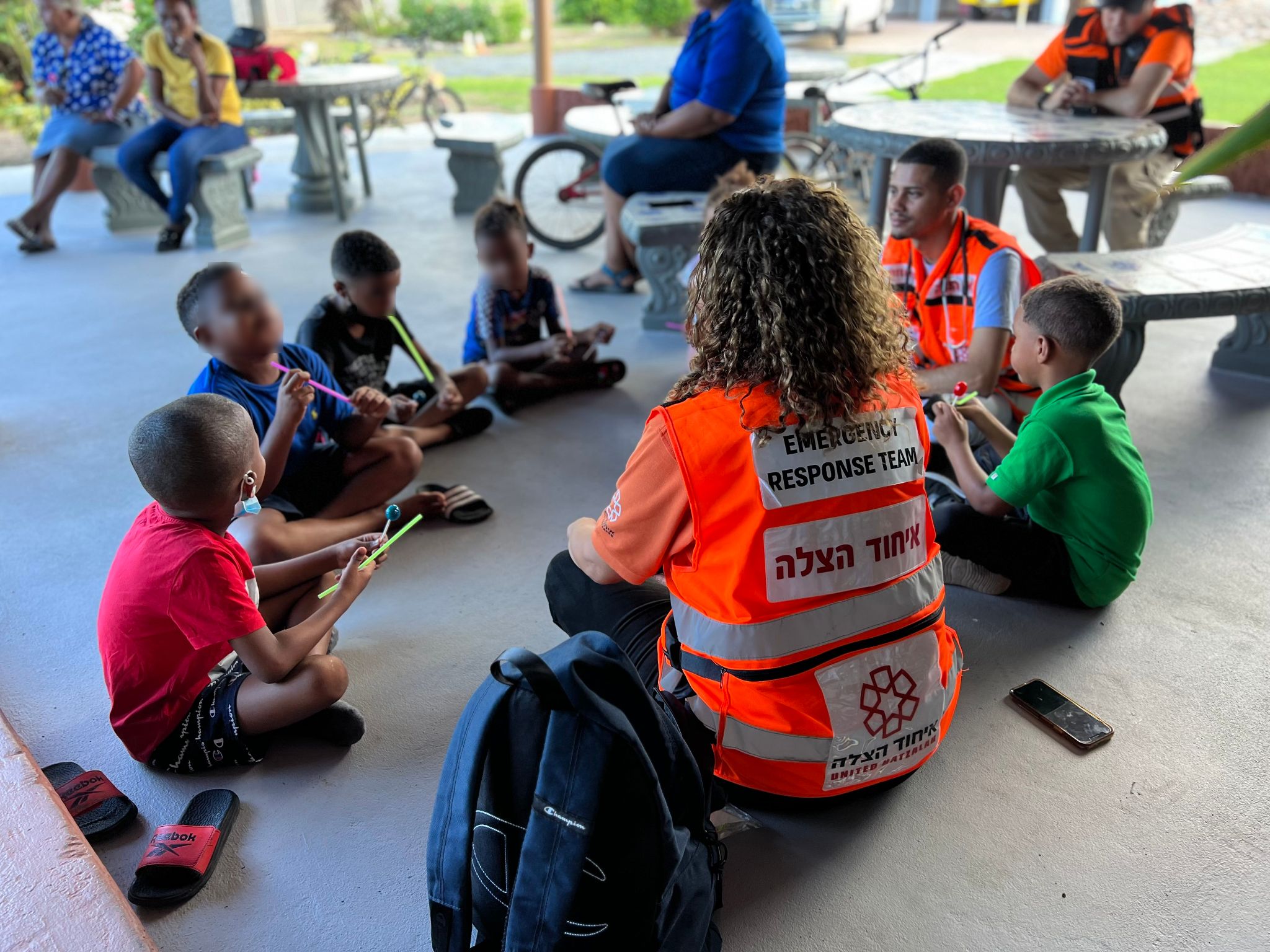 Dr. Tamar Shlezinger working with a group of children at a community center in Puerto Rico. Photo: United Hatzalah

One of the encounters that made an impression on me was when I met Norma, an elderly woman. She did not speak English, so I asked her granddaughter to act as an interpreter. She started speaking in Spanish, looking very emotional, and soon she burst out crying, looking submerged by emotion. She continued speaking for a long time while I waited patiently for the translation, convinced that it would be an expansive account of the difficulties she was dealing with. When her granddaughter finally translated, it turned out that this woman, whose body language seemed to reflect enormous pain, was talking about the fact that despite her sadness over her destroyed home, she was incredibly thankful that everyone in her family was healthy. She saw meaning in the fact that her family was able to help others, as her son, an engineer, was taking part in efforts to rebuild houses.

The ability to acknowledge pain and anxiety about the future on the one hand, while continuing to look at things with a broader perspective and see meaning in giving to others, on the other hand, was extremely moving to me. While a lot of work awaits us, Norma gave me hope that we will find the resilience we need within the local population. I look forward to the days ahead and helping more people learn how to cope with the anxiety they are facing in the wake of another storm that has ravaged their homes.

Tamar Shlezinger has a PhD. in social work and is a lecturer of social work studies at Tel Hai University. She has been active with United Hatzalah both as an EMT and as a member of the organization’s Psychotrauma and Crisis Response Unit for the past few years. She lives in Rosh Pina with her husband and four children.