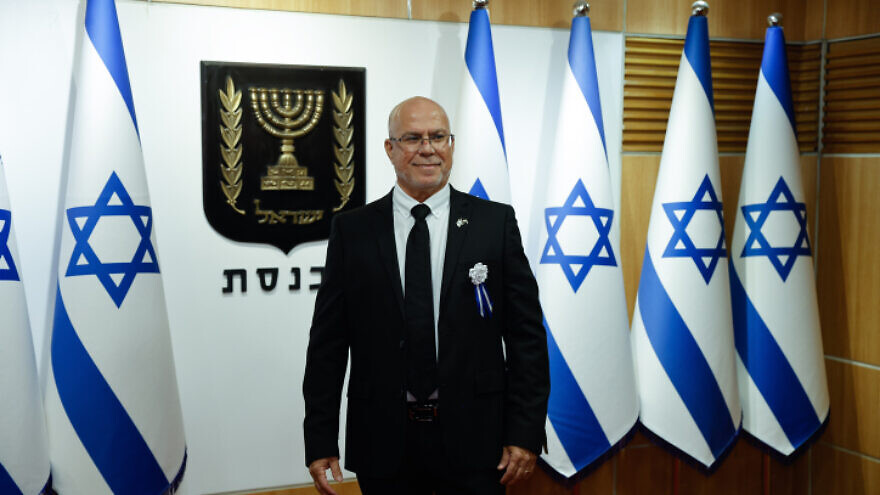 (January 10, 2023 / JNS) Oztma Yehudit lawmaker Zvika Fogel on Tuesday accused opposition leader Yair Lapid and three others of “treason” for what he views as fomenting a civil war.

Lapid on Monday called the government’s proposed judicial reforms an “extreme regime change” and vowed to continue fighting in streets across the country in “a war over our home.”

His comments were echoed by Gantz, who said: “If you [Prime Minister Benjamin Netanyahu] continue the way you are going, the responsibility for the civil war that is brewing in Israeli society will be on you.

“This is the time to go out en masse to demonstrate, the time to make the country tremble,” Gantz added.

Netanyahu on Sunday rejected as “baseless” claims by critics that his government’s proposed judicial reforms would mark the end of the country’s democracy, and vowed to implement the plan “responsibly.”

“The truth is that the balance between the branches of government has been violated over the past two decades,” Netanyahu said at the start of the weekly Cabinet meeting. “This unusual phenomenon does not exist anywhere else in the world—not in the United States, not in Western Europe and not during Israel’s first 50 years of existence.”

The attempt to restore the “correct balance” between the branches of government “is not the destruction of democracy, but the strengthening of democracy,” he said.