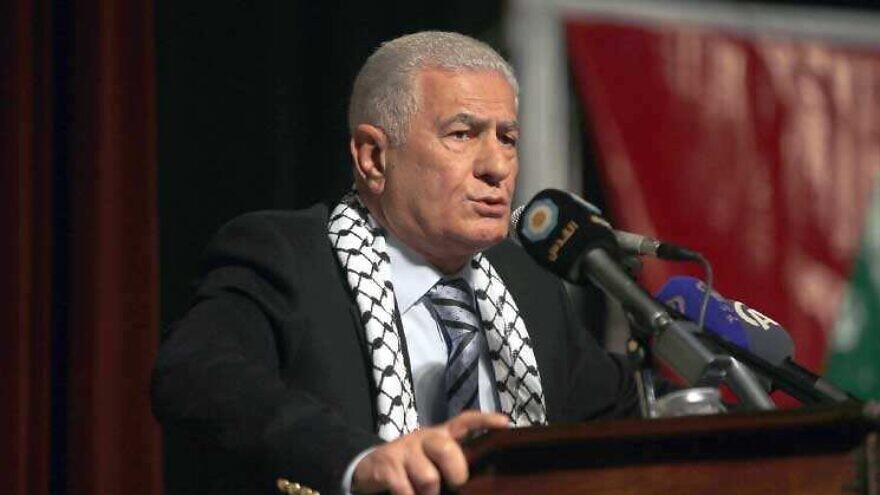 (October 7, 2021 / MEMRI) China will soon lead the world, and it supports the “Palestinian position, whatever it may be,” according to Fatah’s Central Committee member Abbas Zaki.

In a public address that aired on Palestine TV on Sept. 29, Abbas Zaki called on the United States to “reconsider its stance” with regard to Israel or risk becoming irrelevant. The Israelis, he said, were “sons of bitches,” “murderers” and agents of instability, while the Palestinians are “messengers of peace.”

“I know that there is serious change in Europe and even in the United States,” said Zaki.

But, he added, “do not forget the emerging camp, which is on your side—the Chinese camp. China is going to lead the world, and it proclaims: ‘There can be no stability and progress without the liberation of Palestine, with East Jerusalem as its capital.'”

The Chinese, he continued, had said that they will accept whatever the Palestinians accept.

“In other words, if tomorrow we decide to be stubborn, and demand [Palestine from] the [Jordan] River to the [Mediterranean] Sea—it would be fine with them. But they know us, and they know that we are not suicidal and that we want to make Israel swallow the poison one drop at a time,” he said.

“[The Israelis] claimed that their army is a defensive force—oh, the wretchedness!—and that [Israel] is an oasis of democracy, but it turned out that they are sons of bitches, that they [practice] apartheid and that they are murderers, while we are the oppressed ones. The world will once again discover that we are the messengers of peace, whereas [the Israelis] are the messengers of instability. America should reconsider its stance or it will become irrelevant,” he said.