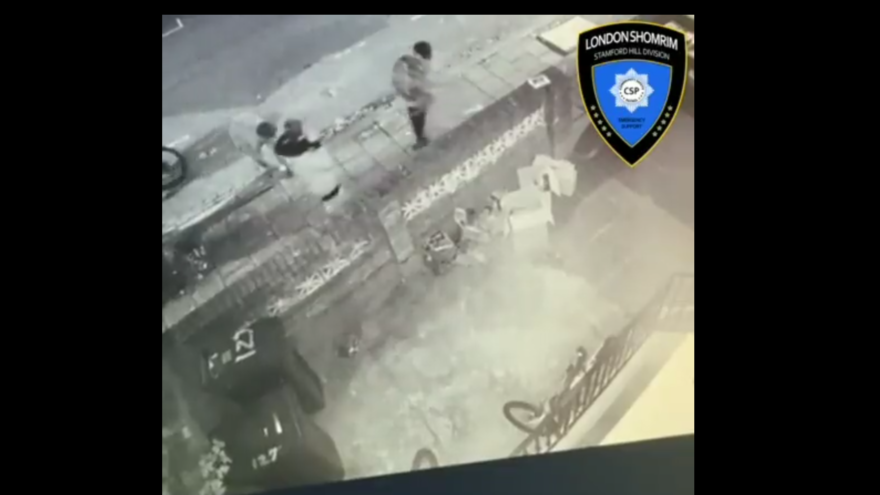 Shomrim reported that the 10-year-old was on his way home from school on Dec. 9 when a gang stopped him on the street. One member of the group then picked up the boy and took him across the street, as seen in the video that Shomrim posted Monday on Twitter.

The gang has reportedly been responsible for other attacks against Jews. Shomrim is calling on police to do more “to hold this gang to account for 100s of racist attacks.”

Hackney Police in the London neighborhood said it was notified of the incident, and that “one suspect has been identified and inquiries are ongoing to locate others involved.”

The boy was released shortly afterwards and sustained no injuries, Metropolitan police told The Jewish Chronicle. Still, Shomrim said the child was distraught after what happened.

Police noted that “officers attended and spoke to the victim’s mother. She did not wish to take any further action and the incident is not being treated as a hate crime. The suspect who was identified has been “issued with an anti-social behavior warning.”