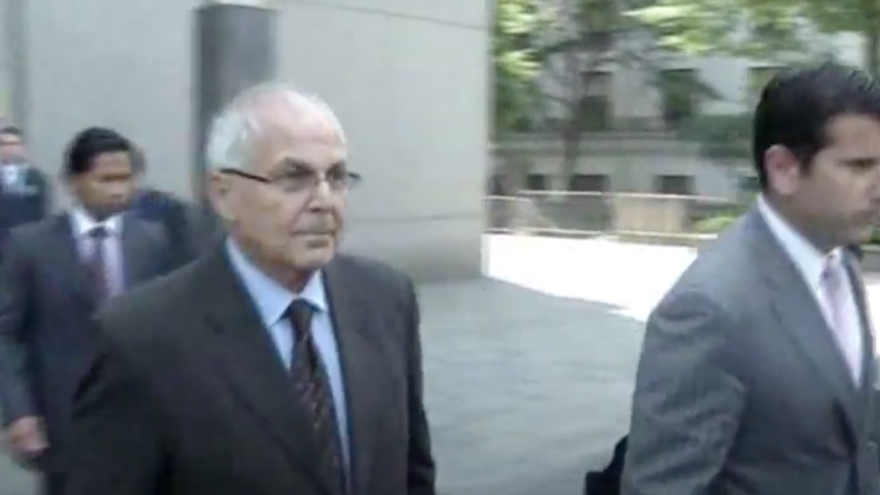 Peter Madoff, brother of disgraced financier Bernie Madoff, walks out of a federal courthouse in New York on June 29, 2012, after pleading guilty to charges of conspiracy and fabricating investment records as part of his brother's Ponzi scheme. He was released from federal custody on Aug. 13, 2020. Source: Screenshot.
Spread the word.
Help JNS grow!
Share now:

Madoff, 74, was freed from home confinement on Thursday.

He served a 10-year sentence in a federal prison in Miami for his involvement in his brother’s Ponzi scheme, which was worth almost $65 billion—the largest in history and one that inflicted heavy financial losses upon Jewish and other investors.

In June 2012, under a plea deal, he pleaded guilty to charges of conspiracy and fabricating investment records. He was sentenced the following December and was transferred from the Miami federal prison to home confinement in November 2019.

Bernie Madoff, 82, who purposefully took advantage of his fellow Jews, pleaded guilty to 11 crimes in 2009 and is currently serving a 150-year sentence at a federal prison in Butner, N.C.

In June, a federal judge denied his request for compassionate release from prison, in which Madoff claimed to be terminally ill and likely to die in the next 18 months.

Madoff has asked U.S. President Donald Trump to commute his sentence. His request is “pending,” according to the U.S. Department of Justice’s website.