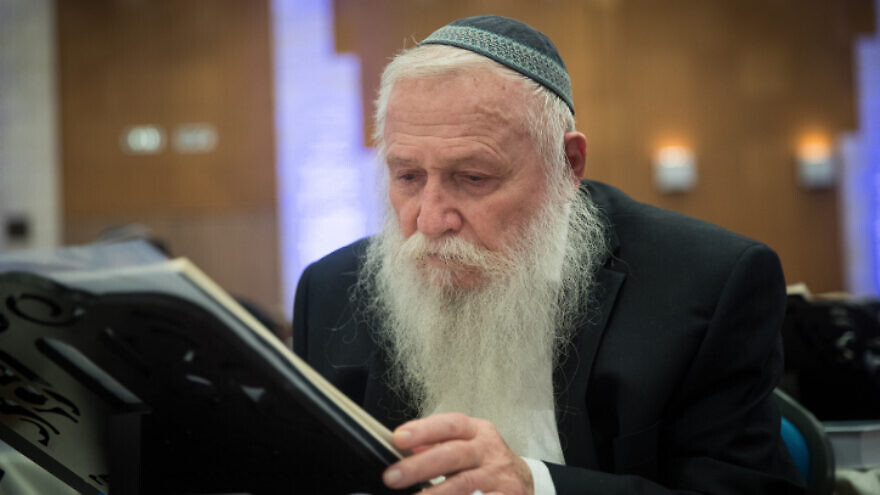 (December 26, 2022 / JNS) Rabbi Haim Drukman, the spiritual leader of the religious Zionism movement, passed away at age 90 in Jerusalem on Sunday. He had been struggling with COVID-19 for several weeks.

Drukman founded and led for some 50 years the Or Etzion Yeshivah, a religious high school and military preparatory school in Merkaz Shapira. He also served as head of the Bnei Akiva seminaries.

Drukman was one of the early leaders of the settlement movement to revive Jewish life in Judea and Samaria. Students of Rabbi Zvi Yehuda Kook founded the Gush Emunim movement in Drukman’s living room in February 1974 and he is credited with coining the term.

He served in the Israel Defense Forces’ Nahal Brigade, in the Bnei Akiva garin.

In 1990, Drukman was appointed director of the newly created State Conversion Authority.

In 2012, he was awarded the Israel Prize for his contribution to education.

Prime Minister-designate Benjamin Netanyahu said of his passing, “The state has lost a great spiritual leader, and I lost a great personal friend that I had cherished. As someone who had endured the horrors of the Holocaust, Drukman went on to dedicate his life to building the nation.”

Israeli President Isaac Herzog said, “I mourn the passing of Rabbi Haim Drukman. Rabbi Drukman was a public emissary and spiritual leader who led in vision and action some of the most important Torah, Zionism and revival enterprises of our generation.”

Bezalel Smotrich, chairman of the Religious Zionism Party, said, “The rabbi lived with great dedication for the people of Israel all his life, and even in the last few weeks I was privileged to go in with the rabbi for conversation and advice in the wee hours of the night.