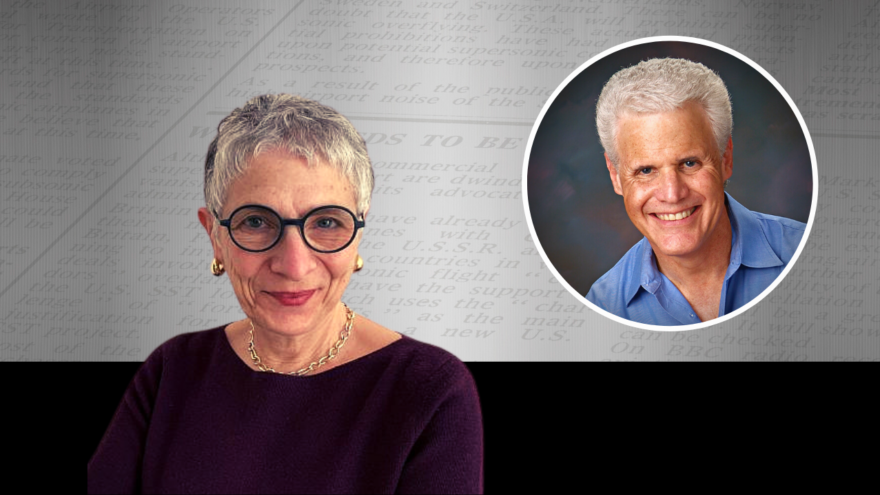 In an interview with “Top Story” guest host Melanie Phillips, Kozberg says: “Words like God, Torah, Israel, commandment may be used. But as far as I’m concerned, those are equivocal terms. And they’re used in service of this agenda of political progressivism.”

He cites Reform members’ recent fight against the Supreme Court decision to overturn Roe v. Wade, which he says was carried out under the guise of it being a Jewish social and gender justice issue, but without any textual support.

Kozberg, who leads Temple Shalom in Ohio, tells Phillips about his upbringing, the Reform movement and his feelings on faith in the modern world.

Kozberg grew up in a Jewish household, with traditional holiday celebrations, Jewish music and Yiddish-littered conversations. Kozberg’s Hebrew-school experience led him to consider becoming a rabbi. However, he decided instead to become a medic.

It was only around age 19 that Kozberg returned to his childhood desire.

“I was asking questions about myself, my identity, my place in the world,” Kozberg explains, “And I went back to talk to my rabbi over a spring break.”

His rabbi advised him to study at the Jewish Theological Seminary. Instead, however, Kozberg ended up becoming a Reform rabbi.

Kozberg says that he has found the Reform movement’s friendliness to be a source of attraction, yet clashes with some of the denomination’s approaches.

As such, today, he no longer identifies with the movement.

Finally, Phillips concludes the episode by asking Kozberg how others can find faith in such a complicated, politicized time.

“Wrestle with it,” advises Kozberg. “Don’t you know, I’ve always said we are Israel; we are supposed to wrestle [In Hebrew, Israel means “wrestles with God”]. We’re not supposed to say I’m out of the ring, the match is over. We’re supposed to keep wrestling. At least have the humility to do that.”