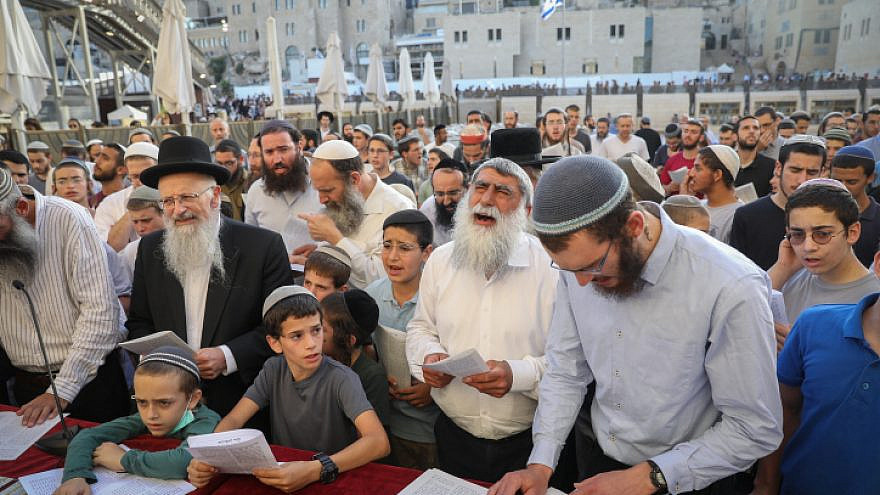 (June 14, 2021 / JNS) Following the swearing-in of Israel’s 36th government on Sunday, rabbis aligned with the Religious Zionism movement gathered at the Western Wall in Jerusalem’s Old City to “pray and cry out, out of fear the government will harm the state’s Jewish character.”

In a statement, event organizers said they were “praying God does not give them [the new government] the option of carrying out their wicked plan to weaken Judaism in the country and the settlements so that He does not give them the power to harm” kosher certification, conversions, the sanctity of the family, the sanctity of the people of Israel and Shabbat, “so that he doesn’t let them abandon the Land of Israel to the Arab takeover.”

Shortly after 9 p.m. on Sunday evening, Naftali Bennett and Yair Lapid were sworn in as prime minister and alternate prime minister, respectively, after a special Knesset session approved their new government by a vote of 60-59.

Yori Yalon contributed to this report.