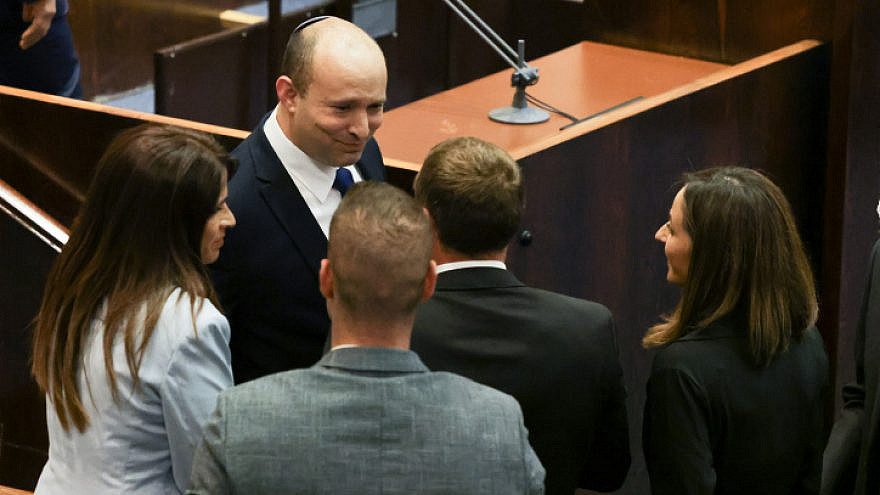 Bennett has replaced now-former Prime Minister Benjamin Netanyahu, who held the position for the past 12 years and who served another three years prior to that, from 1996 to 1999, making him the longest-serving premier in Israel’s history. With the transfer of power, Netanyahu became the head of the opposition, replacing Yesh Atid chairman Yair Lapid, who, according to a rotation agreement with Bennett, will serve as foreign minister for two years and then assume the role of prime minister.

The special Knesset session on Sunday began with a speech by Bennett, in which he presented the composition of his Cabinet. His address was interrupted several times by shouts of “liar” and “vote thief” on the part of disgruntled right-wing and haredi rivals in the plenum.

Bennett made a point to thank Netanyahu and his wife, Sara, saying: “You both sacrificed a great deal for the State of Israel.”

“We are facing an internal challenge, a schism among the people that is on display at this very moment,” he said, referring to the shouts emanating from the plenum.

This division, he continued, “has led us to a storm of hatred and a clash of brothers, paralyzing the country.”

In an apparent jab, he said that “credit must be given to Netanyahu” for “paving the way” to cooperation with the Islamist Ra’am Party and its leader, Mansour Abbas. It referred to Netanyahu’s initial attempt at courting the latter to back the coalition he tried to build. 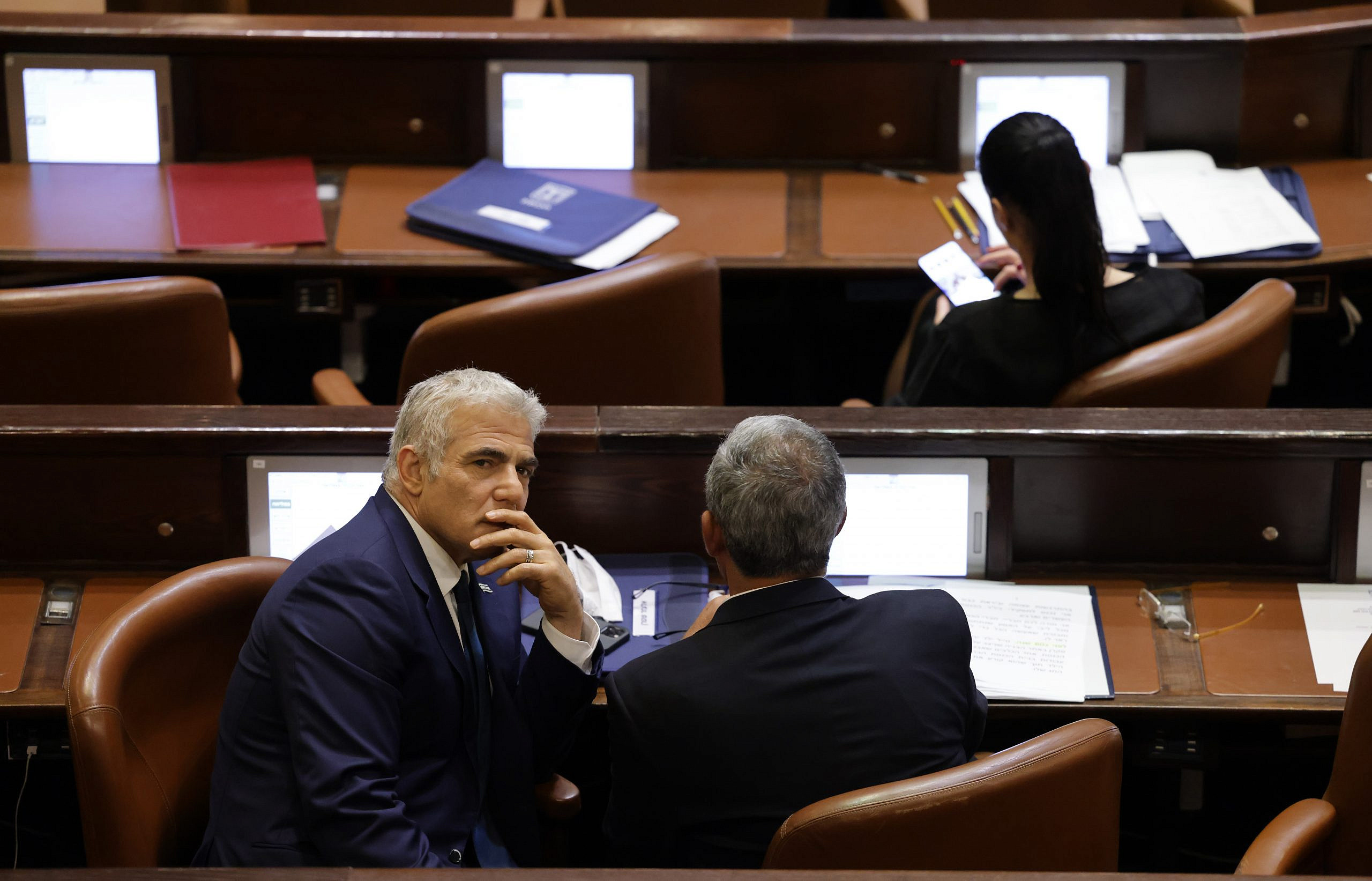 Yesh Atid head Yair Lapid, now alternate prime minister and foreign minister, at the swearing-in of the new Israeli government at the Knesset in Jerusalem on June 13, 2021. Photo by Olivier Fitoussi/Flash90.

Lapid forfeited his prepared speech, the full text of which he gave to the media, opting instead to “ask for forgiveness” from his 86-year-old mother in attendance.

“I wanted her to be proud of Israel’s democratic process,” he said. “Instead, she and every other Israeli citizen is ashamed of you [opposition MKs] and has again remembered why it’s time to replace you.”

Netanyahu’s speech, which went on for more than half an hour (exceeding its 15-minute limit), listed the accomplishments of the governments he has led and attacked incoming coalition members Yamina and Gideon Sa’ar’s New Hope Party as “fake right.”

Expressing “concern” about Bennett’s ability to confront Tehran and deal with the administration of U.S. President Joe Biden, he said that the incoming prime minister “does the opposite of what he promises” and “will fight Iran the same way that he wouldn’t sit [in a coalition] with Lapid, Labor and Ra’am.”

“We are facing an internal challenge, a schism among the people that is on display at this very moment.”

Winding down his fiery address, he stated, “I will fight daily against this terrible, dangerous left-wing government in order to topple it. With God’s help, it will happen a lot earlier than you think.”

In conclusion, he issued a warning to Iran, Hamas and Hezbollah that he’s “not going anywhere,” ending in English: “We’ll be back soon.”

Following the vote of confidence, Netanyahu shook Bennett’s hand before moving to his literal new seat in the Knesset.

The new government is comprised of eight (left, right, center and Islamist) of the 13 parties that won seats in the elections.

It will be the first government in Israel’s history to have an Orthodox Jew as prime minister and to include an Arab party.

Members of the new government

The following is the composition of the incoming Cabinet: