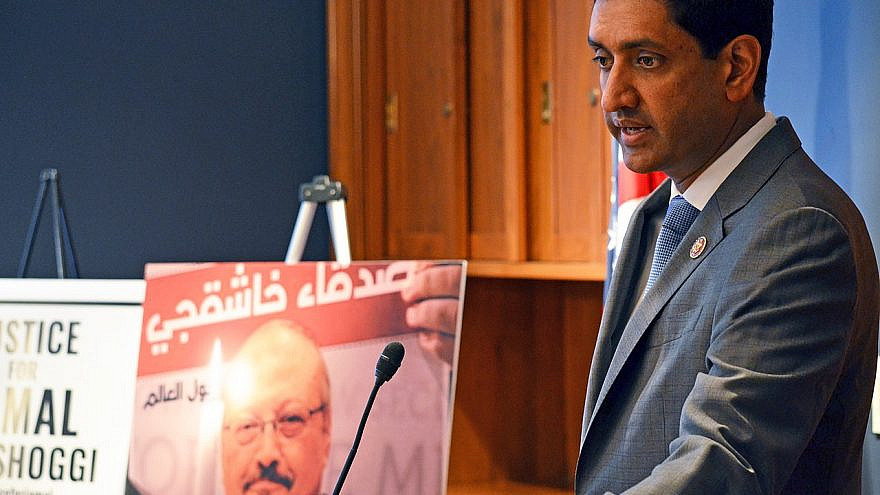 (February 8, 2021 / JNS) A California Democratic congressman has backtracked on a statement accusing Israel of “burning down” Palestinian villages, saying he was only referring to Israeli settlers who “have burned Palestinian orchards.”

In an interview with MSNBC on Friday, Rep. Ro Khanna (D-Calif.) said that U.S. President Joe Biden would “radically reset” ties with Israel, including holding the Jewish state more accountable for its human-rights record concerning the Palestinians.

Biden is “going to make clear that Israel is an ally and always has been an ally, but they have to recognize Palestinian statehood, they can’t be having new settlements, they can’t be burning down Palestinian villages,” he said in the interview.

“Human rights are going to matter. We’re going to have a human-rights-focused foreign policy,” he added.

Khanna’s statement drew immediate criticism on social media. In response to a Twitter post by a reporter from The Times of Israel, the congressman clarified his statement.

“I should have clarified that I was referring to Israeli settlers who have burned Palestinian orchards, and the military which has demolished or bulldozed villages,” he said. “As someone who supports the U.S.-Israel relationship, surely we can agree both are wrong.”

MSNBC host Mehdi Hasan was also criticized for not pushing back against Khanna’s false allegations on-air and for failing to correct the congressman’s statement that Israel was establishing new settlements. Israel has only approved new housing in existing Jewish settlements.

“Given that, as Rep. Khanna asserted, ‘at some point, data has to matter,’ CAMERA has contacted MSNBC urging forthright on-air corrections making clear that, in fact, Israel is not burning and has not burned Palestinian villages, it is not building new settlements and its capital is located in Jerusalem, not Tel Aviv,” said Tamar Sternthal, director of CAMERA’s Jerusalem office.

Khanna, who is closely aligned with Sen. Bernie Sanders (I-Vt.) and co-chaired his campaign during his presidential run, is part of an increasing number of Democratic lawmakers who have spoken out against Israel, especially regarding policies concerning the Palestinians.

Last week, Rep. Jamaal Bowman (D-N.Y.) sent a  letter to Israeli Acting Consul General Israel Nitzan expressing concern over Israel not doing more to help vaccinate Palestinians, and compared it to racial inequality in the United States. Other Democrats have made similar claims.