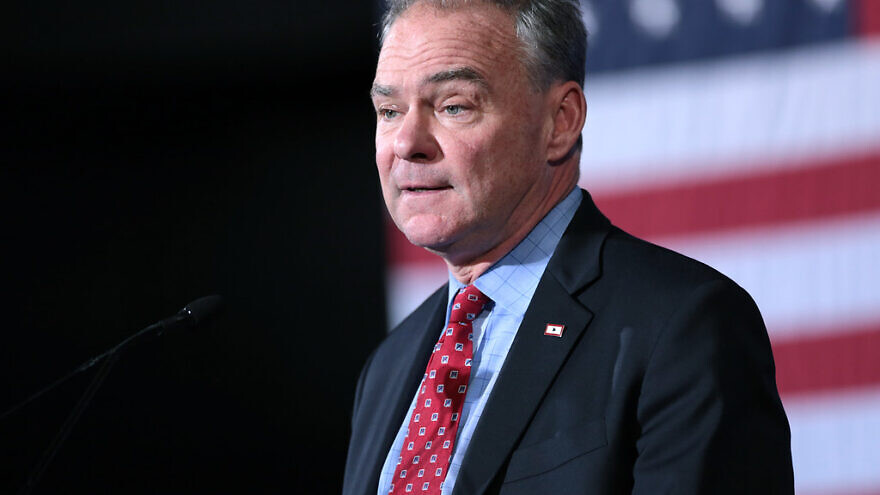 (January 25, 2021 / JNS) Several Democratic lawmakers have called on Israel to vaccinate Palestinians even though under the Oslo Accords, the Palestinian Authority is responsible for the health care of its residents.

Bowman tweeted on Sunday that Israeli Prime Minister Benjamin Netanyahu “must ensure that both Israelis and Palestinians have access to the COVID vaccine. This cruelty is another reminder of why the occupation must end.”

Netanyahu must ensure that both Israelis and Palestinians have access to the Covid vaccine.

This cruelty is another reminder of why the occupation must end. https://t.co/On28F0D0XU

Rep. Joaquin Castro (D-Texas) told Haartez, “I commend Israel for leading the world on vaccinating its people, but I’m disappointed and concerned by their government’s exclusion of Palestinians living under Israeli occupation from these vaccination efforts, despite making COVID vaccines available to Israeli settlers in the West Bank.”

“Israel’s government has a responsibility under international law not just to Israeli citizens but also Palestinians in the occupied territories. This is a stark reminder of the importance of achieving a two-state solution that respects the rights of the Palestinian people and the security of Israel,” he said.

“This virus does not see or care about nationality, borders, or religion—its devastating impact is everywhere. The Netanyahu administration has a moral and humanitarian obligation to ensure that both Israelis & Palestinians have access to vaccines,” tweeted Rep. Newman on Jan. 4. “Whether we’re talking about our own communities, the United States, or nations across the globe, we must do everything in our power to ensure vaccines are not only distributed rapidly but also equitably.”

Whether we’re talking about our own communities, the United States, or nations across the globe, we must do everything in our power to ensure vaccines are not only distributed rapidly but also equitably.

Rep. Rashida Tlaib (D-Mich.) accused Israel last week of being “racist” for not distributing coronavirus vaccines to the Palestinian territories. She told Democracy Now the Jewish state “has no intention” of helping Palestinian Arabs overcome the coronavirus pandemic, and that the United States is “enabling” them to do so.

Under the terms of the Oslo Accords, the Palestinian Authority is responsible for the health care of Palestinians under its control in portions of the West Bank. Israel has been vaccinating Arab citizens within Israel, as well as residents of eastern Jerusalem.

Israeli Health Minister Yuli Edelstein said in an interview on Sunday that the government’s obligation first and foremost was to its citizens, but that it would be in Israel’s best interests to make sure that Palestinians got the vaccine eventually to reduce the spread of the coronavirus.

During the nomination hearing of U.S. Secretary of State nominee Tony Blinken, Sen. Tim Kaine (D-Va.) said, “There’s a vaccination campaign going on right now that in Israel is viewed as one of the leading and most innovative in the world in terms of vaccinating high percentages of people. But virtually no one in Palestine has been vaccinated, and the Israeli health minister says, ‘When we are done with our citizens, then we will focus attention on our neighbors.’ ”

“The Palestinians are in this odd space where they’re sort of not in one of their own countries or in a country, but they’re not considered citizens, they’re considered neighbors,” he said. “This is the kind of thing that suggests we really do need to find a path forward.”