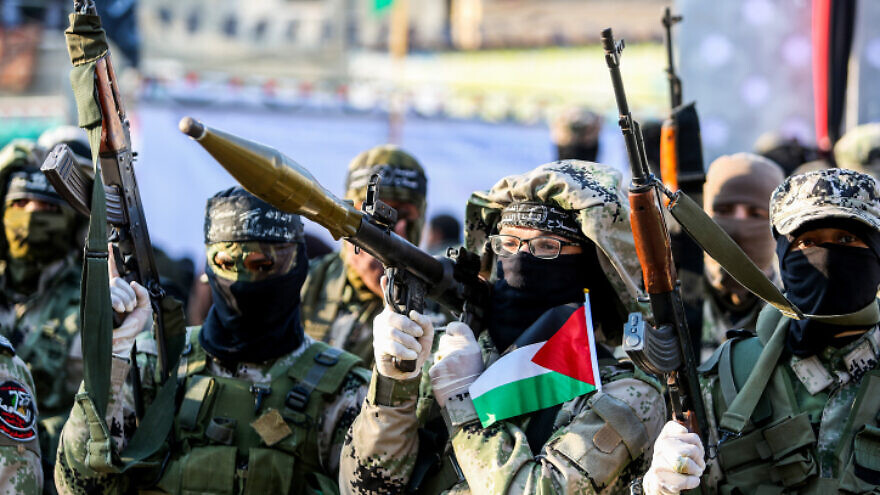 (August 19, 2021 / JNS) Israel has begun reinforcing its military presence along the southern border ahead of the “Day of Rage” planned for Saturday by Palestinian factions in the Gaza Strip, Kan news reported on Thursday.

Hamas has threatened to renew violence against Israel, including border riots unless it is granted access to Qatari funds in cash. Israel, backed by the Palestinian Authority, is demanding that the funds be sent via wire transfer, as a means to ensure that the funds are spent on rebuilding civilian infrastructure in Gaza rather than Hamas’s terrorist infrastructure.

Representatives of the various factions in Gaza told Qatar’s Arabi21 that the “Day of Rage” will be modeled after the “March of Return” protests that were staged weekly by Palestinians along the Gaza border from 2018 to 2020, and will include various activities aimed at exerting pressure on Israel, according to Kan.

Meanwhile, Palestinian Popular Resistance Committees spokesman Abu Mujahid has said that the time allotted to the [Egyptian] “mediators” to work out a deal between Israel and the factions in Gaza had ended and that a new phase of “response to Israeli conduct” had begun, reported Kan.

Terrorists launched a rocket into Israel on Monday morning, triggering sirens in Sderot and other Western Negev communities. Israel’s Iron Dome air-defense system intercepted the projectile, and no casualties or damage were reported. It was the first rocket fired from Gaza since the end of Israel’s “Operation Guardian of the Walls” in May.

The escalation is part of a wider pressure campaign by Hamas to force Israel to agree to its terms of a long-term arrangement designed to increase investment programs and reconstruction in Gaza, following a May armed conflict.

While Israel is ensuring that humanitarian and basic goods enter Gaza on a daily basis, it is also demanding that broader programs to develop Gaza are tied to the release of two Israeli civilians being held hostage by Hamas and the release of the remains of two MIA IDF soldiers, Hadar Goldin and Oron Shaul, who were killed in the 2014 war between Israel and Hamas.