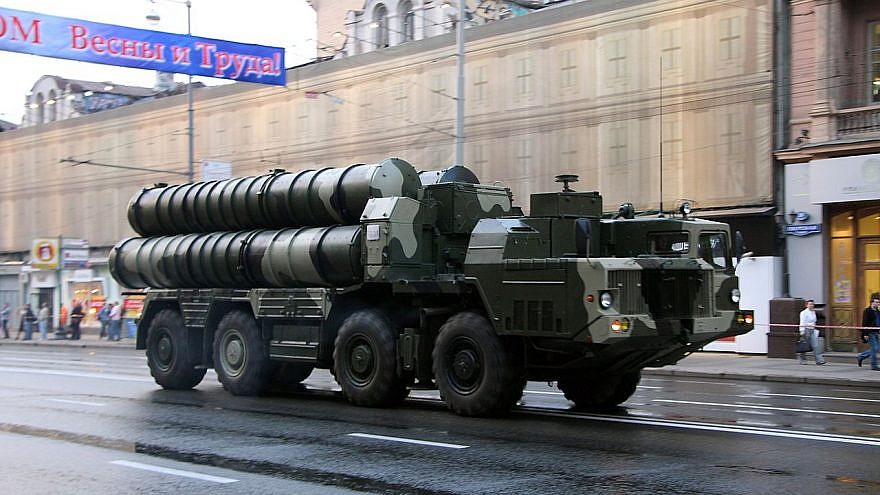 (August 29, 2022 / JNS) An Israeli satellite-imaging company says Russia moved a battery of S-300 anti-aircraft missiles from Syria to a Russian port near Crimea.

The development seems to be an attempt to strengthen Russia’s air defenses in its war with Ukraine, reported Reuters.

ImageSat International (ISI) collected images of the S-300 anti-aircraft battery near Masyaf, Syria, in April. The vacant location, however, was left behind on Aug. 25 when the equipment was relocated to Tartus.

Separate photographs show the battery components on a port in Tartus between Aug. 12 and Aug. 17; they were gone by Aug. 20. ISI concluded that they had been transferred to a Russian warship, the Sparta II, which departed Tartus for the Russian port of Novorossiysk.

According to ISI images, the radar component of the S-300 battery was transferred separately from the same Masyaf base to the Khmeimim Air Base on the Syrian coast, north of Tartus.