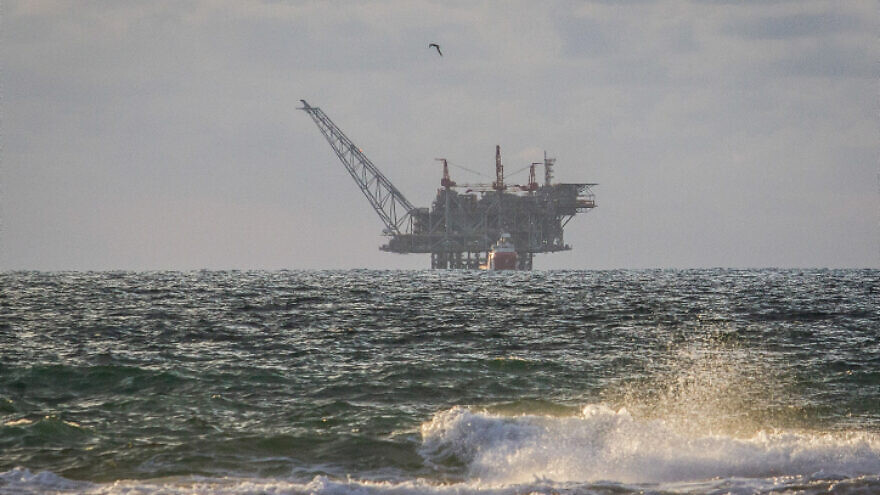 (December 23, 2021 / JNS) Experts are questioning a recent announcement by Minister of National Infrastructure, Energy and Water Resources Karine Elharrar that she would not award new offshore licenses for gas exploration in 2022, instead pivoting toward renewable energy.

“In the coming year we will focus on the future, on green electricity, on energy efficiency and on renewable energies – and while we do that, we will put aside the pursuit of expanding natural gas development, which is, as we know, a transition fuel,” Elharrar said at a renewable energy conference in Eilat on Dec. 15.

Her remarks follow others affirming the government’s commitment to boost renewable energy production to 30 percent by 2030 and reach zero carbon emissions by 2050.

The Association of Oil and Gas Exploration Industries in Israel criticized the government’s approach. The group’s executive director, Amir Foster, tweeted on Dec. 15, “For years, Israel has dreamed of being a force in the energy world. And as soon as that finally happens everything stops.”

Elai Rettig, assistant professor at the Department of Political Studies at Bar-Ilan University, who specializes in energy geopolitics, told JNS that Elharrar’s statement was perplexing as natural gas development and renewable investment are not mutually exclusive.

“What’s odd in her statement was that she positions it as against gas. One doesn’t have to come at the expense of the other,” he said. “What is also odd is even in our most ambitious plans, the Ministry of Energy says that by 2030, when we want to reach 30 percent of our electricity from renewables, 70 percent is still going to come from gas.” 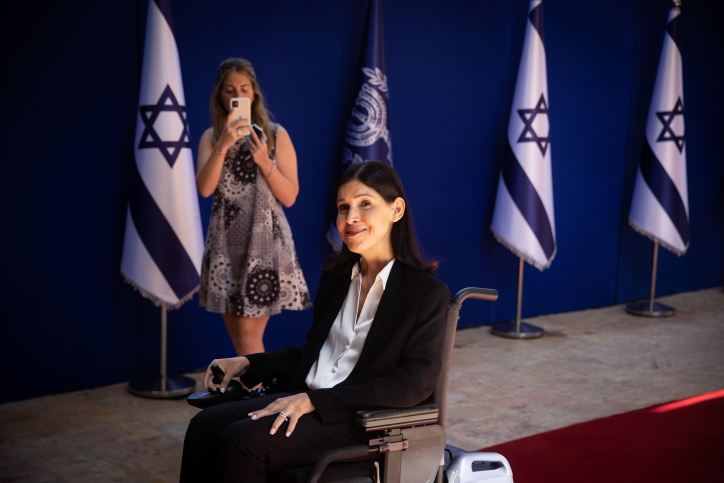 Minister of Energy Karine Elharrar arrives to the President’s Residence in Jerusalem, for a group photo of the newly sworn in Israeli government, June 14, 2021. Photo by Yonatan Sindel/Flash90.

Noting Israel’s high birthrate, a coming influx of electric cars and more desalination plants (which require high electricity consumption), “by 2030 we’d be generating almost 30 percent, or at least 25 percent, more electricity than we’re generating now. So, we are going to need more gas even if we get to our goals and have solar energy generate 30 percent of our electricity – although that’s going to be really hard to accomplish. But even if we accomplish that, we’re still going to need more gas because we’ll consume more electricity.”

“When talking about renewables in Israel, you’re talking about solar, and the biggest mistake people make … is that they think solar could replace natural gas,” he said. “The problem with solar is that it does not produce energy when it’s dark, so we need natural gas power plants to back up the renewables. My main concern is that people will think that renewables will replace gas.”

Barenboim also said encouraging the offshore market is beneficial to consumers as it leads to competition, driving down the cost of energy. “Look at Energean, which still has offshore, unconnected reservoirs – what they have done to the local pricing here in Israel,” he said. Energean, an independent exploration and production company, has won licenses in Israel’s Karish and Tanin fields, but is not expected to start drilling until mid-2022.

Rettig said that Elharrar may have been trying to gain points with her base in a relatively costless way.

“One of the important things to keep in mind is that the fourth round of licensing since Israel found the new gas 10 years ago would probably have failed anyway,” he said, noting that there was little interest from private energy firms in the coming round of bidding for offshore licenses, a fact that likely influenced Elharrar’s decision to cancel it.

On the other hand, while Elharrar’s decision was “costless in the sense that energy companies weren’t coming in anyway, in terms of business environment, it doesn’t send a good signal to energy companies who want to come in the future,” he said.

It also earns her enmity from gas companies, especially as, in her announcement, she also said she wouldn’t adopt the conclusions of an inter-ministerial committee that urged that more gas be freed up for export.

The committee recommended that we need to increase the amount Israel can sell abroad, Rettig said. “Only 40 percent of gas that Israel has discovered is earmarked for export. Sixty percent needs to stay in Israel,” he noted.

While the committee argued that loosening export restrictions would encourage more companies to search for and develop Israel’s natural gas fields, Elharrar, in choosing to reject the committee’s findings, sided with environmental groups, which contended that the gas should remain in the ground to ensure Israel’s energy security.