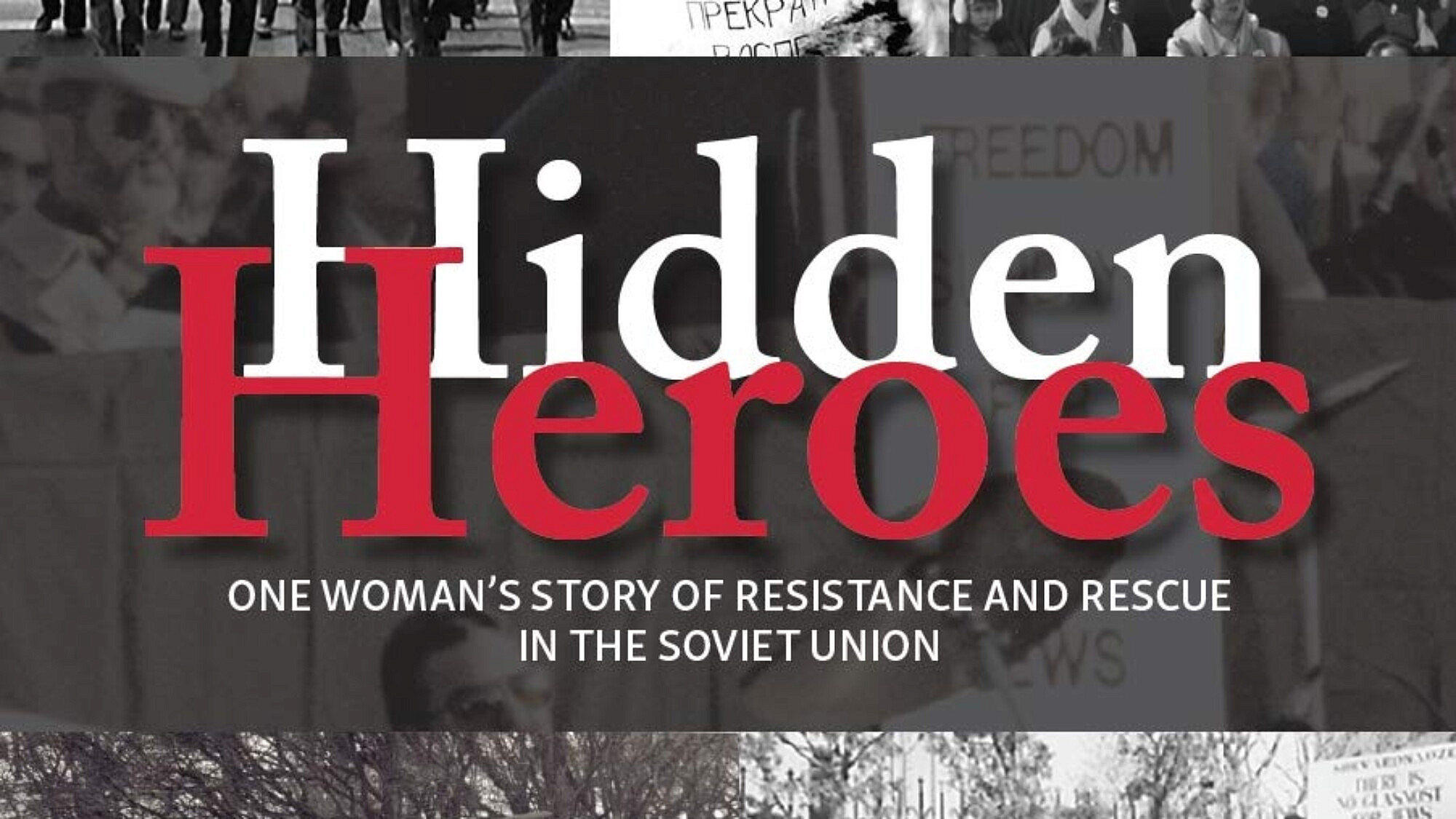 (September 21, 2021 / Book Excerpt)It all started on a warm June evening in 1970. Our kids were already asleep. Lenny and I were in our family room when we heard the news broadcast that would change our lives forever. John Chancellor was on national news reporting that a group of Soviet Jews had been arrested for trying to hijack a plane from Leningrad to the West. We were both astounded. It was inconceivable. We couldn’t wrap our heads around it. Jewish hijackers?

Then the news seemed to dry up. Over the next few days, I heard no further reports from the press, our synagogue, or Jewish organizations. I went looking for more information, a difficult task in those pre-internet years. I soon found that a Philadelphia Jewish weekly, the Jewish Exponent, published a regular column on Soviet Jewry. It revealed that the hijackers, unable to get permission to leave the Soviet Union, had planned to seize a plane in a desperate attempt to attract the attention of the West to their plight. They were struggling to leave a police state where the twin policies of state anti-Semitism and assimilation made it impossible to live as Jews, and they had defied both, risking everything by trying to emigrate from the USSR to Israel.

Encompassing eleven time zones, the Union of Soviet Socialist Republics (USSR) was in fact a vast prison that held about 240 million people in 15 republics within a guarded, 3,600-mile border. More than a million KGB agents and informants, over fifteen hundred in Moscow alone, spied on the population, “creating a spy state pitting all against all, in which phones were tapped and letters opened, and everyone was encouraged to inform on everyone else, everywhere, all the time” (Ben MacIntyre, “The Spy and the Traitor: The Greatest Espionage Story of the Cold War”).

Interned in this vast prison were at least four million Jews—about one-third of world Jewry—cut off from their people and from Israel, deprived of Jewish books, institutions and Hebrew language. With Stalin’s accession to power in the 1920s, and with his goal of creating a new genus of homo sapiens—“Homo Sovieticus”—he wiped away all individual identity and consequently eradicated Jewish life.

There were no synagogues except for those controlled by the government and thus avoided by most activists out of contempt. There were no Jewish schools, no Jewish organizations and no Jewish printing houses; in fact, there was no unofficial printing allowed at all. Intermarriage was rampant. The evisceration of Judaism and Jewish culture produced a generation of millions of Jews who would have assimilated and disappeared entirely were it not for the unrelenting state anti-Semitism.

For many, it was actually the poisonous anti-Semitic press, teachers and professors who promulgated and encouraged anti-Semitic bullying in classrooms, and the universities’ and scientific institutes’ restrictive admission of Jews that shaped their last, tenuous link to Jewish identity. That link was made conspicuous by the requirement to list their national identity as Jewish on line five of their internal passports, regardless of which republic they came from.

But then something unforeseen happened. In 1967, the Six-Day War broke out in the Middle East. The Soviet propagandists, on state-controlled television, repeatedly broadcast the onslaught of Arab armies, thus signaling the imminent defeat of the fledgling Jewish state. On their television screens, Soviet Jews watched their brethren, proud uniformed Israeli soldiers, ready to die for a Jewish state—a national homeland where Jews weren’t pariahs, where they could live with pride. Like a lightning bolt piercing the propaganda smokescreen, the cognitive recognition of a Jewish home gave Soviet Jews a new sense of peoplehood, dignity and national purpose.

Leon Uris’s book “Exodus,” published in 1958 and later translated into Russian, made its way into the USSR, where it was copied by hand or photographed and smuggled as far away as the Siberian prison camps. The Six-Day War and books like “Exodus” stimulated a process of renewed Jewish self-identity, blossoming national pride and a longing to go home. “Exodus” and others like it were the very same books that were affecting me, thousands of miles away.

By 1970, with no hope of emigrating, one small group conspired to take an empty plane from Leningrad to Sweden in a desperate attempt to marshal international attention. From the start, they knew the plan was doomed, but they had to make a stand. They were Jews and they wanted to go home. Predictably, they were arrested on the tarmac before they even boarded the plane.

In a flash of recognition, I knew that Yosef Mendelevich, Hillel Butman, Sylva Zalmanson, her husband Edward Kuznetsov and the rest of this group were Jewish moral giants who had pitted themselves against the Kremlin. But I wanted to know more. Who were they? How had they come to make a decision that would result in years of imprisonment and hard labor in Siberia?

In the Soviet Union, news of the ensuing Leningrad trials raced through the underground whisper system that flourishes in police states, spread largely through foreign radio reports. Free thinkers learned early to read between the lines in Soviet anti-Semitic propaganda. The trials concluded with two of the defendants sentenced to death (sentences that were later commuted) and the others condemned to long sentences in prison camps.

Instead of suppressing the embryonic drive for Jewish emigration, the arrests and trials of the “hijackers” had an unintended consequence, launching what would be a  decades-long, hard-fought exodus of Jews from the Soviet Union. Jews across the breadth of the USSR applied for exit visas. What started as scores multiplied quickly, turning into hundreds and then thousands of Jews requesting permission to leave the country.