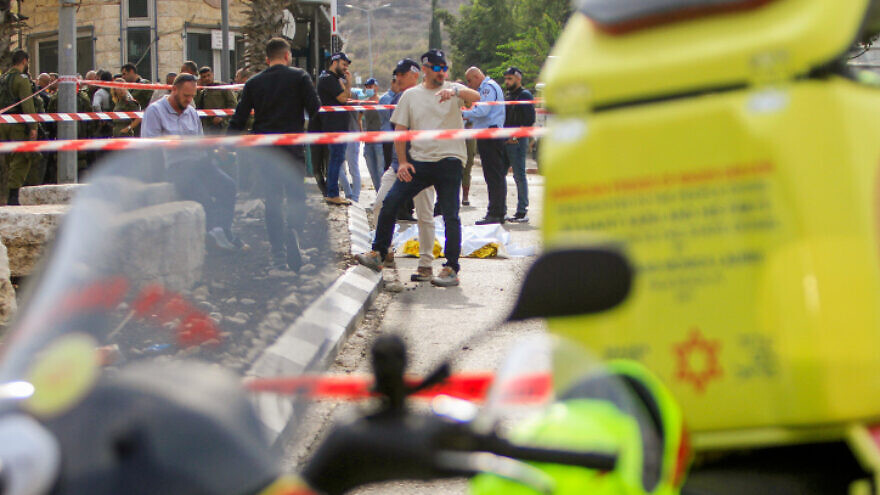 (November 29, 2022 / JNS) There have been 280 terrorist incidents in Israel so far this year, compared with just 91 in 2021, according to figures revealed by the Israel Defense Forces on Monday. A further 500 attacks were thwarted by Israeli security forces during the same period, according to Military Intelligence assessments.

Shooting attacks on Israeli military forces in Judea and Samaria have also risen sharply, with 110 recorded since January 2022, compared to 25 in 2021.

A total of 31 Israelis, both civilians and security personnel, have been killed in Palestinian attacks this year.

Over 130 Palestinians, most of them assailants, were killed in clashes and security incidents this year as well.

Since the start of 2022, and particularly since the launch of “Operation Break the Wave” in March following a string of deadly terror attacks, the IDF has arrested more than 3,000 security suspects, most of them in Samaria, seized around 250 illegal weapons and captured terrorist funds worth over 2.7 million shekels.

Eleven back-up battalions were sent to reinforce the security barrier along the seam line, and various sectors within Judea and Samaria. Twenty-six battalions are active in total in the area.

The number of Palestinians illegally infiltrating from Judea and Samaria into Israel went from tens of thousands per week in 2021 to a few hundred per week currently, according to the figures.