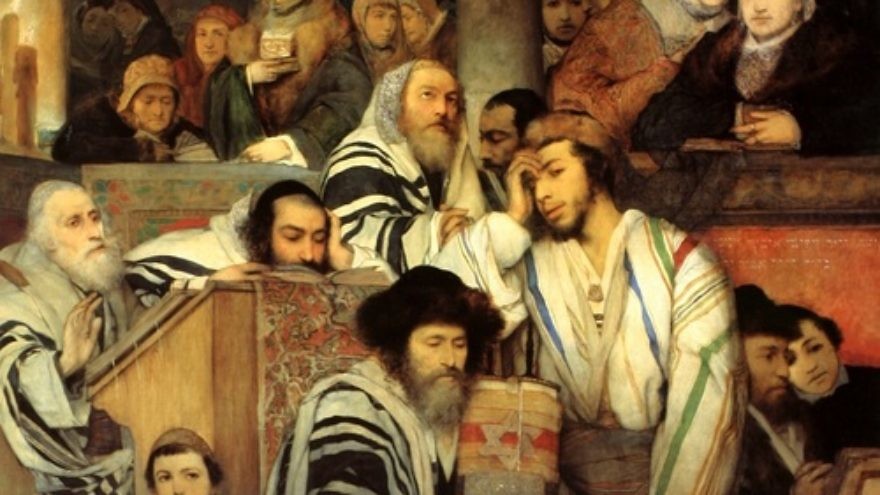 It is so very difficult, indeed utterly unbearable, to sit silently by while Jews, and now the general religious and secular communities, completely misuse and distort the term Tikkun Olam– certainly not intentionally or out of any malice, but rather out of ignorance in the pursuit of virtuous goals and principles which may be applicable to general society and civilization but which have tragically become a poor substitute for authentic religious observance.

This repair rhetoric has become an obsession, a catch-all credo. Everything today is Tikkun Olam. Enough with the Tikkun Olam. It is a senseless and meaningless misconception, its true meaning nothing like it is commonly used and purported to be.

It is not at all a centuries-old tradition, it is not a call to action, and it is not a commandment. And to be clear, Tikkun Olam does not even mean repairing the world in the sense of social justice. Nor in traditional sources is Tikkun Olam in any way even a direct human imperative or action, but rather one that is left in G-d’s hands.

We cannot, and are not instructed to, save the world, or even to repair it. Judaism teaches no such thing. Rather, we are instructed to conduct ourselves properly, to observe the Mitzvos, the Commandments (which are not good deeds, but rather commandments, required imperatives), and in that way to contribute to society and civilization both by example and through practice and action.

For Jews those Mitzvos include not simply socially or politically correct precepts such as giving charity and engaging in political action, but also observance of the Sabbath, dietary restrictions (Kashrus), daily prayer, and other commandments which seem to have fallen out of favor and are ignored, if not openly denigrated and violated, in some segments of the community, as they substitute the false panacea of something they call Tikkun Olam for the authenticity of true Judaism, clinging desperately to Tikkun Olam to avoid their actual responsibilities as Jews to observe the Torah and the commandments.

The term and concept Tikkun Olam appears nowhere in the Torah itself, but first appears only in the Mishna and Talmud in the context of the courts and halakhic (legal) regulations involving disputes and legal rights.

Subsequently in Kabbalah the term was used to refer to the upper worlds or to the repair of the individual soul damaged by the sin of violating or neglecting Jewish law. Following that, the only mention of Tikkun Olam in prayer is in the Aleinu prayer recited at the conclusion of every service, but even in that context it means either that G-d, not man, will ultimately repair the world, or, as others interpret, it does not mean repair of the world at all but rather is a prayer for the uprooting of idolatry, the rebuilding of the Temple and establishing G-d’s kingdom on earth, through the observance of the commandments and not through any separate social imperative.

Indeed, scholars from across the spectrum and diversity of the Jewish community have acknowledged and bemoan the misuse and distortion of the term Tikkun Olam by the community.

Thus Rabbi Jill Jacobs observed years ago (Zeek, July 2007) that, “In its current incarnation, Tikkun Olam can refer to anything from a direct service project such as working in a soup kitchen or shelter, to political action, to philanthropy. While once regarded as the property of the left, the term is now widely used by mainstream groups such as synagogues, camps, schools, and federations, as well as by more rightwing groups wishing to cast their own political agendas within the framework of Tikkun Olam.”

After quoting Arnold Jacob Wolf (“Repairing Tikkun Olam,” Judaism 50:4), who writes, “All this begins, I believe, with distorting tikkun olam. A teaching about compromise, sharpening, trimming and humanizing rabbinic law, a mystical doctrine about putting God’s world back together again, this strange and half-understood notion becomes a huge umbrella under which our petty moral concerns and political panaceas can come in out of the rain,” Jacobs points out that one of the key figures in the Kabbalistic school of thought which developed the concept of Tikkun Olam was the same person who codified Jewish law, since it is individual observance of halakha, Jewish law, which is the way to repair the world.

Professor Steven Plaut of Haifa University wrote about “The Rise of Tikun Olam Paganism” (The Jewish Press, January 23, 2003), calling it a “pseudo-religion,” “social action fetishism” (The Jewish Press, November 19, 2008) and a “vulgar misuse and distortion by assimilationists.” He concludes that Tikkun Olam is quite clearly “a theological notion and not a trendy socioeconomic or political one,” observing that, “It would be an exaggeration, but only a small one, to say that nothing in Judaism directs us to the pursuit of social (as opposed to judicial) justice.”

Most recently there was the publication earlier this year by Oxford University Press of the scholarly book Faith Finding Meaning: A Theology of Judaism by Rabbi Byron L. Sherwin, which also highlights the current fallacy (pages 33-35). Calling it “a blatant distortion of the meaning of the term,” a “substitute faith” and a “shibboleth,” he writes that “the current [promiscuous] usage of this term represents a category mistake, is a blatant example of conversion by redefinition, and constitutes a paradigmatic example of the reductionist fallacy” which is merely “liberation theology without the theology.” He concludes, “Tikkun Olam means ‘for the proper order of the Jewish community.’ It is a long way from that definition to ‘build a better world.’”

Please. Everyone. Enough with the Tikkun Olam. For Jews who truly do want to engage in Tikkun Olam, the only honest and authentic Jewish way to do that is to encourage observance of the Torah across the entire spectrum of the Jewish Community. That in fact is actually what our responsibility is, nothing more and nothing less, and the rest is up to G-d—if we do our part, so will G-d.