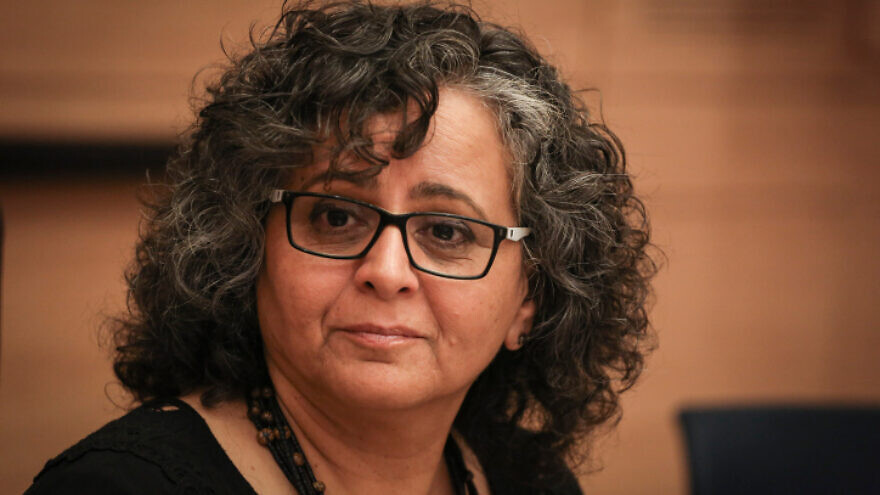 (March 9, 2020 / Israel Hayom) Joint Arab List Knesset member Aida Touma-Suleiman stated on Sunday that one of the conditions her party will present for supporting any coalition will be the repeal of Israel’s Law of Return.

The Joint List, an alliance comprising the Arab or mostly Arab parties Balad, Ra’am-Ta’al and Hadash, won 15 parliament seats in Israel’s March 2 elections. Although coalition talks have yet to begin, it is widely believed that the Arab lawmakers will most likely support Likud challenger Blue and White leader Benny Gantz for prime minister.

The Law of Return, passed in 1950, gives every Jew the right to live in Israel and to gain Israeli citizenship.

In an interview with Israel Radio, Touma-Suleiman reiterated the demand, originally presented by the Higher Arab Monitoring Committee, saying, “I don’t think the Law of Return is needed anymore. Anyone who wanted to return to Israel has already done so. Those who chose to live in the United States or France have already made their choice. The law is unnecessary. At the time, it greatly wronged my people, but now it’s time to rethink it—and many other things.”

She further stressed that the Joint List “will not support anyone who supports the [Trump administration’s] ‘deal of the century.’ ”

Asked whether she recognizes Israel as a Jewish and democratic state, Touma-Suleiman replied, “We have been excluded from the civil collective of the State of Israel. We were marginalized and ignored. If that’s what you call a Jewish state then yes, I want to change it. I suggest that you decide among yourselves what is a ‘Jewish state’ first.”