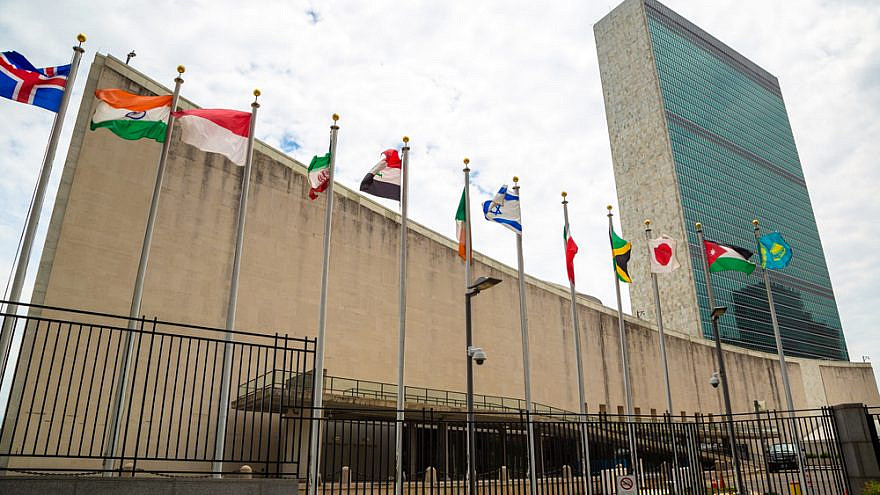 (June 22, 2021 / JNS) The British government confirmed on Sunday that it will join the United States, Israel, Australia and Canada in refusing to attend a U.N. event in New York in September that marks the 20th anniversary of the World Conference on Racism in Durban over concerns regarding anti-Semitism and anti-Israel hatred.

The international conference has been dubbed “the festival of Jew-hate” for its history of promoting anti-Semitism. At the first conference in 2001, the United States, Israel and Canada walked out due to anti-Semitic remarks that were made. At the same event, a draft resolution was presented that compared Zionism to “racism.”

A spokesperson confirmed on Sunday night: “Following historic concerns regarding anti-Semitism, the U.K. has decided not to attend the U.N.’s Durban Conference anniversary event this year.”

The decision comes after the Board of Deputies, Jewish Leadership Council and Conservative Friends of Israel (CFI) all wrote to British Foreign Secretary Dominic Raab and urged the British officials not to attend the upcoming event, called Duban IV, reported The Jewish Chronicle.

CFI parliamentary chairmen Stephen Crabb and Lord Eric Pickles, said: “Confirmation that the U.K. will not attend Durban IV is extremely welcome. It is absolutely right that the U.K. is joining our close allies Australia, Canada and the U.S. in condemning the infamous gathering. We applaud this latest decisive action from the U.K. government in opposing anti-Semitism in all its forms and wherever it occurs.”

The United Kingdom also did not attend the Durban conference in 2011 due to similar concerns.