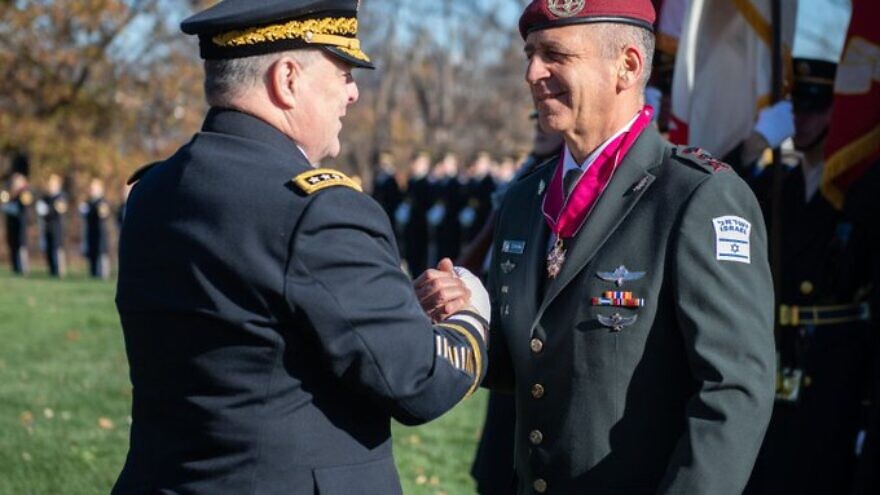 The medal was awarded in honor of Kochavi’s achievements in “establishing Israel’s position as a leader of groundbreaking operational capabilities in the Middle East,” and enhancing the Israeli-American strategic alliance, according to an official statement.

The award was presented by Chairman of the U.S. Joint Chiefs of Staff Gen. Mark Milley on behalf of the U.S. Secretary of Defense Lloyd Austin, according to the IDF Spokesperson Unit.

“Through his actions during his tenure as Chief of General Staff, Lt. Gen. Kochavi exemplified the spirit of collaboration and cooperation in furthering the strategic partnership of the United States and the State of Israel,” said Milley.

Kochavi also guided the U.S.-Israeli military-to-military relationship through a transition period, as U.S. European Command handed over its geographic combatant command responsibility for Israel to U.S. Central Command, which oversees operations and regional cooperation in the Middle East.