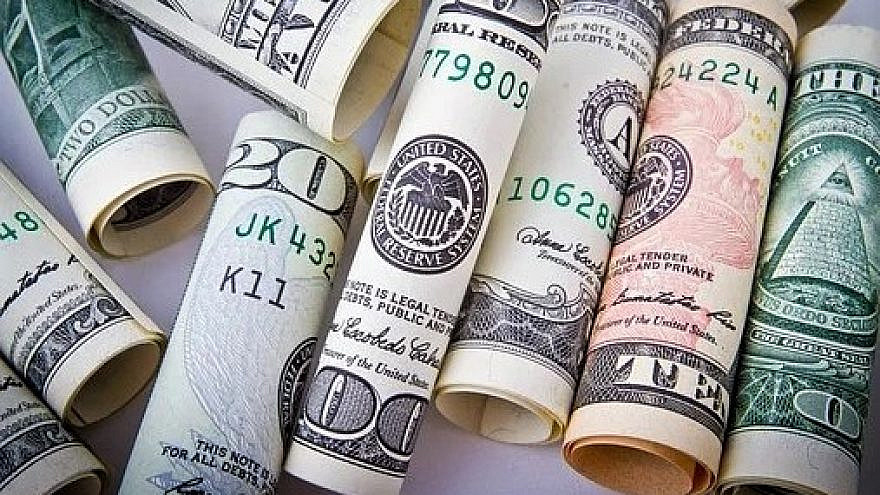 (November 17, 2021 / Israel Hayom) The U.S. dollar hit a 25-year low against the shekel on Tuesday, officially dropping below the benchmark that the Bank of Israel had hoped to avoid crossing. The euro also dropped sharply against the shekel and was traded on Tuesday at an exchange rate of 3.511 shekels to 1 euro.

At the end of official trading, the Bank of Israel (BOI) set the dollar-to-shekel exchange rate at $1 to 3.09 shekels. The dollar lost -0.387 percent of its value in total against the shekel on Tuesday.

Despite the development, the BOI has avoided interfering in the market, and BOI Gov. Amir Yaron has remained ambiguous about possible future intervention.

A strong shekel is good for Israeli consumers and tourists. It makes traveling abroad cheaper because it increases in value in relation to local currencies. And since airfares and hotel rates are set in either dollars or euros, for the most part, when the shekel rises, Israelis pay less for the same services or items. This also makes foreign imports less expensive for the Israeli consumer.

There is a downside to this for Israel’s economy, however. The strong shekel means that foreign investors in Israeli startups get less value for their money. It also means less spending by foreign tourists, since their dollars and euros do not go as far. And it makes Israeli exports more expensive to foreign buyers.

This is not just a problem of a weak US dollar, due to America’s fiscal and financial policies vis-à-vis debt and government spending as a percentage of GDP. All of the world’s major convertible currencies were down against the shekel.

The British pound fell -0.247 percent on Tuesday and finished trading at a rate of 4.1564 shekels to the pound.

As was reported by Israel Hayom on Tuesday, in the coming days, Israeli Finance Minister Avigdor Lieberman is expected to declare a series of steps to encourage exporters and compensate them for the strengthening shekel. Over the past year, the shekel has strengthened by more than 10 percent against the U.S. dollar.

Yaron, who for the time being appears to want to allow the shekel to get stronger, and views the rising inflation in the world as temporary, said: “The market picture is completely different now, and the strengthening shekel could somewhat curb global inflation.”