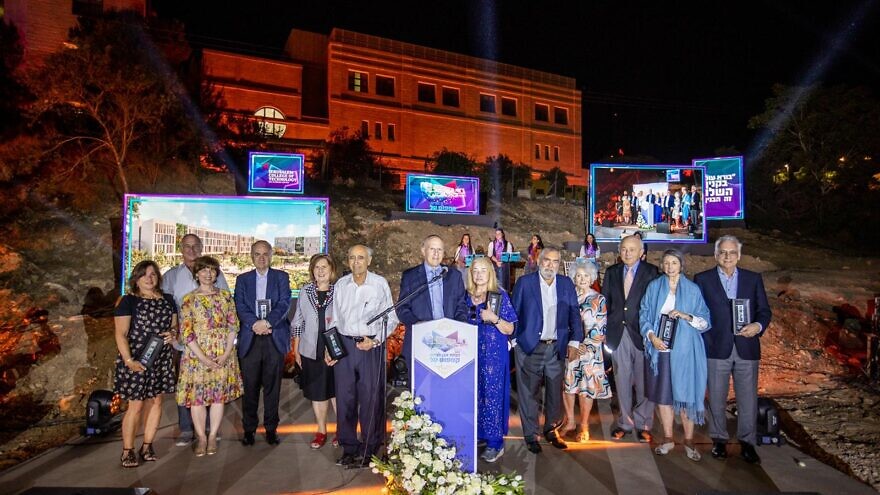 (June 13, 2022, Jerusalem, JNS Wire) The Jerusalem College of Technology (JCT) has broken ground on its new Tal Campus for women, marking a notable academic and socioeconomic milestone for the city of Jerusalem.

Speaking via video, Israeli Prime Minister Naftali Bennett said: “[JCT] has been providing a unique Israeli educational experience—one that combines quantitative subjects with the study of Torah. Many of the Center’s alumni have found their place in engineering, life sciences, health, management and more. Today, I celebrate with you as you lay the cornerstone of the new Tal Campus, a new hope for women to study academia and Torah. This new home of Torah and mada (‘science’) is the next step in fulfilling the center’s vision to bridge academic studies with Jewish studies.”

Currently, the Tal Campus accommodates over 2,100 women studying at JCT. Slated for completion in 2025, the new women’s campus will be the permanent home of academic excellence for up to 3,000 female students in nursing, computer science, industrial engineering, accounting and management. The campus is poised to provide increased opportunities for religious women to pursue higher education and attain quality employment in scientific and high-tech industries. It will enable the opening of an industrial engineering and management track, as well as a new nursing program for haredi women, a new pharmacy track and the college’s recently announced business administration program for women that will be offered in English.

The Tal Campus also offers a sensitive environment for religious women and helps many women break the cycle of poverty in their underserved communities through greater access to higher education while connecting them with gainful employment and ambitious career paths upon graduation.

“Sadly, for too long, we have not appreciated what you at JCT have always known,” said Mayor of Jerusalem Moshe Lion. “For too long, the religious women of Jerusalem, have not had the facilities they deserve to study and gain qualifications. Yet this important community is already becoming the rosh pina, the cornerstone of Jerusalem’s high-tech economy.”

As such, JCT reflects how the 4,700-student College makes disproportionately large contributions to academic excellence in nursing, computer science and engineering in the city of Jerusalem and across Israel. The school is a leader in integrating haredi men and women into the workforce, and is home to more than 2,000 haredi students—1,300 of whom are women who have been underrepresented in the local job market and the Startup Nation in particular.

The school boasts the best nursing school in Israel with its Selma Jelinek School of Nursing, which has the largest number of undergraduate and graduate nursing students studying in Jerusalem and nearly 15% of Israel’s female undergraduate students in computer science.

Thus, with health care and high-tech sectors significantly understaffed in Israel, JCT is filling those vital voids with a quality pool of talent.

“Part of JCT’s mission has been to identify pressing socioeconomic needs in Israeli society, which in the past has included integration of Russian and Ethiopian students over the decades. And now, we are at the forefront of haredi integration,” said JCT vice president Stuart Hershkowitz. “The new Tal Campus expansion will allow us to integrate haredi women in a state-of-the-art facility. We are simultaneously empowering religious women to shatter stereotypes of their lagging interest in science and technology, igniting an ongoing wave of haredi integration into the workforce and combating the unacceptable levels of poverty in Jerusalem. The new Tal Campus will operate as the fulcrum of this socio-economic revolution.”