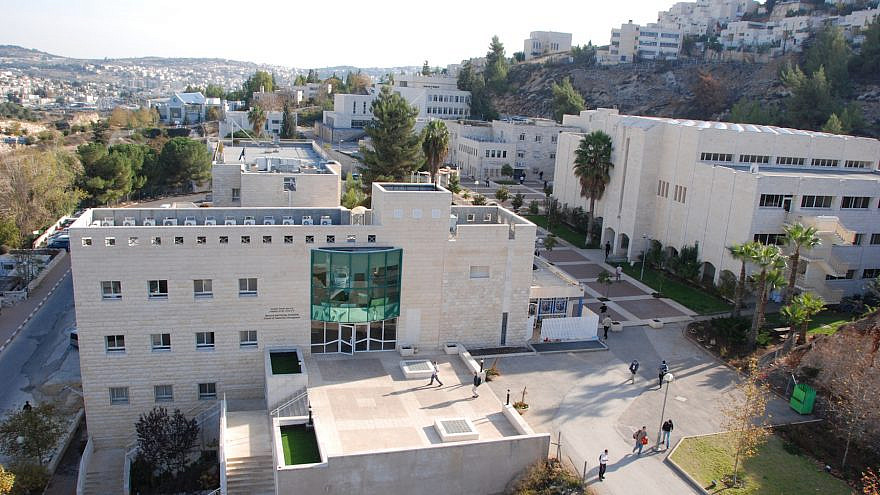 The Jerusalem College of Technology (JCT) has announced a new partnership with McLean Hospital, the largest psychiatric affiliate of Harvard Medical School, that will seek to reduce the stigmatization of people with mental illness in Israel.

JCT faculty, staff, and students will localize and adapt McLean’s award-winning campaign, Deconstructing Stigma: Changing Attitudes About Mental Health, which uses a series of larger-than-life photographs and interviews in order to debunk the misconceptions about those who live with mental illness, including the complexities surrounding seeking treatment, navigating insurance and healthcare systems, and facing stigma.

The JCT iteration of Deconstructing Stigma will be carried out over the course of a full academic year by a class of 30 fourth-year nursing students from Ofek, JCT’s special track for Haredi female students. These students were chosen for the campaign with the hope of making them agents of change in Israeli society.

Participating students will study theories and research regarding the stigmatization associated with mental health issues, conduct meetings and conversations with people from varied backgrounds who have been affected by mental illness, identify community members from diverse backgrounds to share their stories for the campaign, plan and design the campaign with the community members, find potential sites to present the installations, and create and promote the installations. The installations will appear on JCT’s campuses and in different neighborhoods around Jerusalem.

Further, the JCT students will carry out a research project in collaboration with Prof. David H. Rosmarin from Harvard Medical School and McLean Hospital and Prof. Steven Tzvi Pirutinsky from Touro College. The students will work in groups under the guidance of Dr. Zvika Orr, receiving training on methodologies, reviewing literature, formulating research questions and hypotheses, data gathering and analysis, drawing conclusions, and preparing a research report. The project will aim to study the campaign’s impact on the lives of the participants who share their stories, as well as on the attitudes of JCT’s students and staff toward mental illness.

JCT’s past experience in this space derives largely from Lev Bakehila Community Project, the College’s flagship civic engagement program. Founded in 2015, the program enables JCT students, faculty, and staff to promote the rights of people with disabilities in areas such as housing, education, employment, accessibility, due process, and equality.

“First and foremost, we are immensely proud of our nursing students, who continue to pioneer medical breakthroughs across the country. Implementing the Deconstructing Stigma campaign, the first-of-its-kind in Israel, strongly reflects the College’s longtime track record of empowering underserved populations and contributing to the overall betterment of society,” said JCT President Prof. Chaim Sukenik. “We are gratified to collaborate with such world-renowned partners in using this creative platform for the purpose of eradicating the stigma surrounding mental illness in Israel.”

The seeds of the new partnership were planted in December 2019, when McLean’s representatives and their partner in Israel: OGEN – Association for the Advancement of Mental Health, visited JCT and consequently decided to collaborate in localizing and implementing the Deconstructing Stigma campaign in Israel in 2020-21, and to conduct collaborative research on the impact of the localized campaign. OGEN and its chairman Stuart Katz are playing a crucial role in this campaign.

Since Deconstructing Stigma’s initial physical installation at Boston’s Logan International Airport, the campaign has traveled the world with pop-up installations across the U.S. and in all inhabited continents except Australia. The campaign states that the people with mental illness who are featured in its stories “are more than just statistics or nameless faces. They are mothers, fathers, wives, husbands, lawyers, doctors, engineers, musicians, and more. Each one has been affected by mental illness, and each one has also faced stigma.”

About The Publishers
Jerusalem College of Technology
Publish your organization's press release on JNS Wire
Releases published on the JNS Wire are communicated and paid for by third parties. Jewish News Syndicate, and any of its distribution partners, take zero responsibility for the accuracy of any content published in any press release. All the statements, opinions, figures in text or multimedia including photos or videos included in each release are presented solely by the sponsoring organization, and in no way reflect the views or recommendation of Jewish News Syndicate or any of its partners. If you believe any of the content in a release published on JNS Wire is offensive or abusive, please report a release.