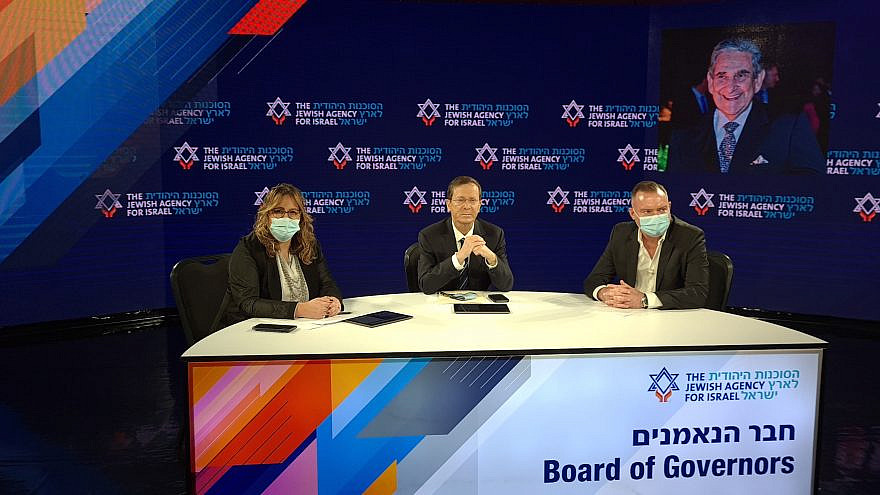 Hundreds of Jewish leaders from around the world joined Jewish Agency for Israel Chairman of the Executive Isaac Herzog today to honor the memory of South African philanthropist Eric Samson, a devoted and generous supporter of The Jewish Agency, as well as Keren Hayesod and many other Jewish and Israeli organizations.

Samson passed away last month in his home in Newport, California, at age 83. The Jewish Agency paid tribute to Samson during the annual convening of its Board of Governors, which was held virtually this year.

“For decades Eric Samson was one of the most prominent leaders of the Jewish people and a dear friend of The Jewish Agency and the State of Israel,” Chairman Herzog said. “The love and generosity that Mr. Samson has shown for the welfare of the Jewish people are inspiring. The leadership and commitment that characterized his work influenced the lives of many and will be remembered in their hearts by the affection, concern, and dedication he showed.”

“I had the opportunity to get to know Eric, and he inspired us all with his kindness and commitment to the Jewish people and the State of Israel,” said Sam Grundwerg, World Chairman of Keren Hayesod. “His impact through Keren Hayesod and The Jewish Agency drastically improved lives here in our homeland. Through his work with us and support of Jewish Agency projects and other national priority initiatives, we were fortunate enough together with Eric to transform the lives of Israelis throughout the country. We will promote and carry on his legacy for generations to come.”

Republish this article
About The Publishers
The Jewish Agency for Israel
Publish your organization's press release on JNS Wire
Releases published on the JNS Wire are communicated and paid for by third parties. Jewish News Syndicate, and any of its distribution partners, take zero responsibility for the accuracy of any content published in any press release. All the statements, opinions, figures in text or multimedia including photos or videos included in each release are presented solely by the sponsoring organization, and in no way reflect the views or recommendation of Jewish News Syndicate or any of its partners. If you believe any of the content in a release published on JNS Wire is offensive or abusive, please report a release.