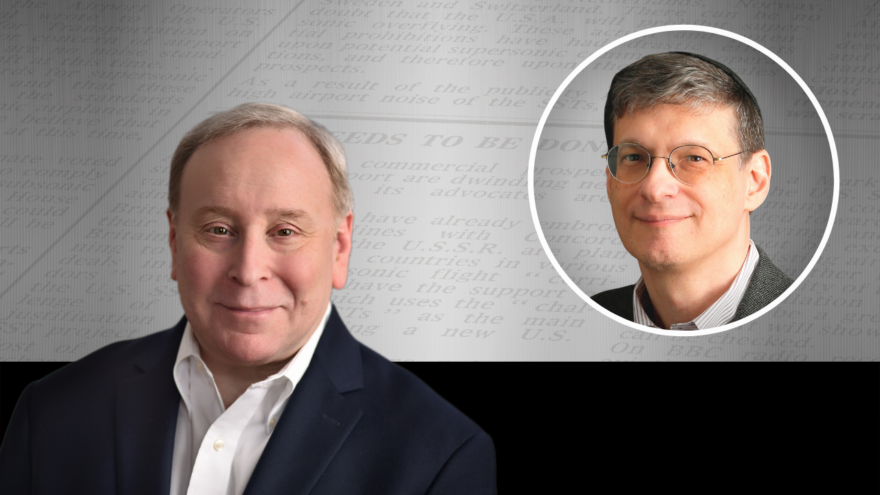 (June 23, 2022 / JNS) How should we respond when radical ideologies are “taking a crowbar to traditional values and even the foundations of Western civilization?” asks JNS editor-in-chief Jonathan Tobin. As he explains, an argument between conservatives over drag queen story hours has escalated to the point where it’s now clear that “tolerance of that which ought not to be tolerated” has led “to those who opposed such practices now being the ones being driven out of the public square.”

Tobin then examines author Yoram Hazony’s new book, Conservatism: A Rediscovery, and ponders Hazony’s argument that the only answer to the destructive forces of the left is a return to a society rooted in tradition, and ensuring that religion is “the basis for public life.”

He’s then joined by Hazony himself, who argues that the rejection of inherited traditions “turns out to have been a terrible mistake.” The collapse of public morality and the assault on history and free speech by the woke left, says Hazony, means that “we’ve actually gotten to the point where I think most people can understand that without a sharp course correction, we don’t have any reason to expect the United States to exist a generation from now.”

An essential element of a conservative society, according to Hazony, is that its members must lead “a conservative life,” in which religion, being a member of a congregation, respect for elders and raising a family is paramount. If you want “a better life,” he says, you need to “plug yourself back into” a religious community and its Bible- or Torah-based values.

As for politics, Hazony warns that “woke neo-Marxism” is carrying out a “perpetual revolution, indefinitely, until it simply destroys everything.”

“I just don’t think there are a lot of choices here,” he says. “You can see what’s coming. You can see it clearly. And we do have something powerful enough to stand as an answer, but we’re not fighting for it. So when does that happen?”