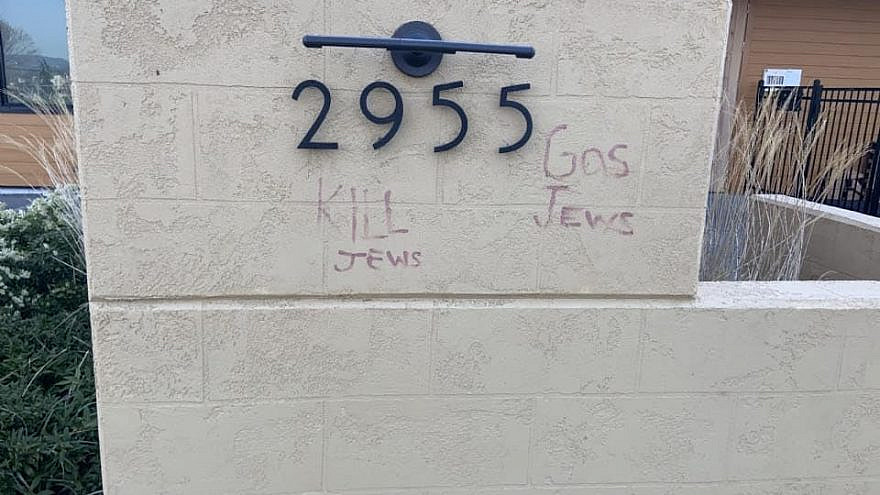 (April 12, 2021 / JNS) Law enforcement in Canada has identified a person of interest, one of two, who vandalized the Chabad House on Vancouver Island on Holocaust Remembrance Day.

“A suspect has come forward and been identified in relation to a hate graffiti investigation at the Chabad Centre for Jewish Life and Learning,” police in Victoria, British Columbia, said in a statement late last week, adding the incident remains under investigation.

The capital city of the province of British Columbia, Victoria, on Vancouver Island, is home to some 85,000 people.

The vandalism, which included writing that said “Kill Jews” and “Gas Jews,” was discovered on the morning of April 6 by preschool parents who were bringing their children to school at the Verrier Family, Chabad Centre for Jewish Life and Learning. 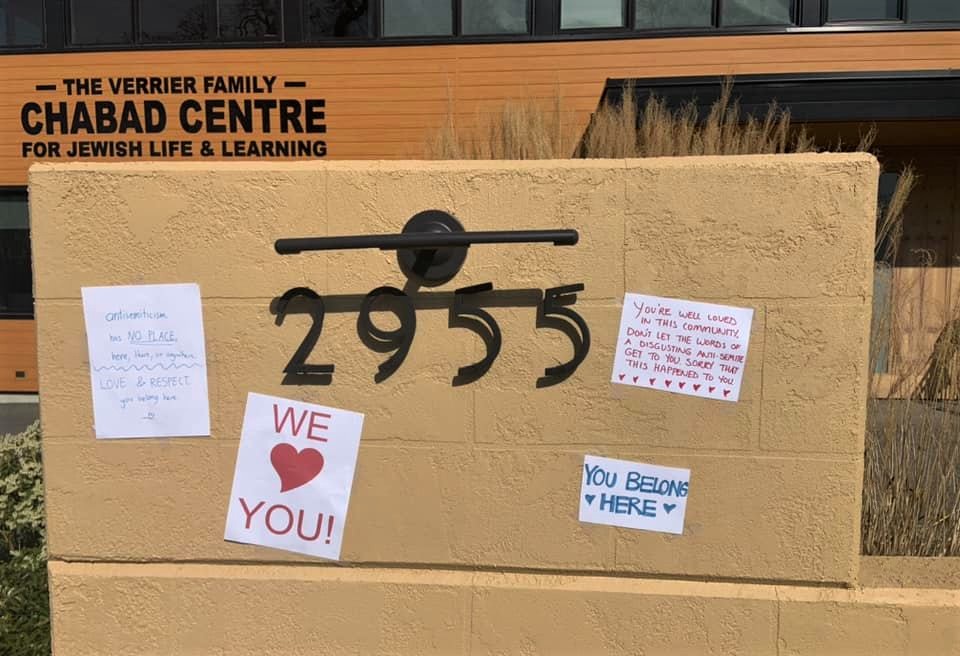 “These horrifying messages of hate were specifically written in front of a Jewish institution in order to intimidate our community and Jews wherever they may be,” said Rabbi Meir Kaplan, director of the Chabad of Vancouver Island, on Facebook. “It is shocking to encounter this in Canada in the year 2021.”

He went on to say, “I must share that the reason we were so shaken by this incident is that it is so incongruent with our experience thus far, living in this peaceful city. We have never encountered this kind of hate; on the contrary, we have a great relationship with the neighborhood and have been receiving only positive and encouraging feedback. The fact that this was done by local teenagers may mean that a lot of work is still required in order to eradicate hatred and anti-Semitism from the youth in our city.”

The words, scrawled on stone blocks in front of the building, were removed by staff members at the Chabad center on the same day and quickly replaced by letters of support from community members.