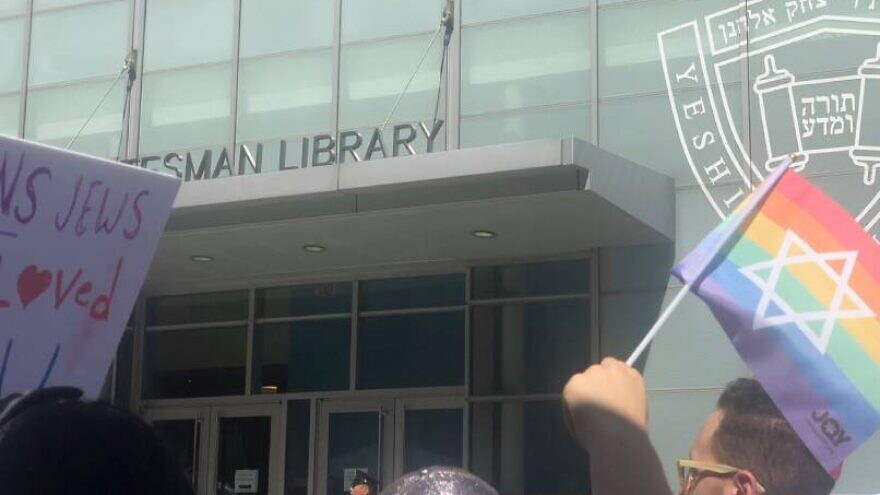 (October 25, 2022 / JNS) As the court battle over whether Yeshiva University must support the YU Pride Alliance student club continues to wind its way through the appeals process, the New York school announced it is starting a new club to support those students in a manner grounded in halachah, traditional Jewish law.

“We are eager to support and facilitate the religious growth and personal life journeys of all of our students to lead authentic Torah lives, and we hope that this Torah-based initiative with a new student club tailored to Yeshiva’s undergraduate LGBTQ students will provide them with meaningful support to do so,” said YU president Rabbi Ari Berman.

The Kol Yisrael Arevim Club—its name comes from a Hebrew saying that all Jews are responsible for one another—will, according to the school, “provide students with space to grow in their personal journeys, navigating the formidable challenges that they face in living a fully committed, uncompromisingly authentic halachic life within Orthodox communities.

“Within this association, students may gather, share their experiences, host events and support one another while benefitting from the full resources of the Yeshiva community—all within the framework of halachah—as all other student clubs,” the statement said, noting that the club has the endorsement of the university’s senior religious leaders.

However, the YU Pride Alliance, which sued the school and Berman in April 2021, is not impressed with the initiative, calling it nothing more than pandering.

“This is a desperate stunt by Yeshiva University to distract from the growing calls from its donors, alumni, faculty, policymakers and the business community, who have stood alongside the YU Pride Alliance, as we continue to fight for our rights,” the group said in a statement. “The YU sham is not a club as it was not formed by students, is not led by students, and does not have members; rather, it is a feeble attempt by YU to continue denying LGBTQ students equal treatment as full members of the YU student community.”

In June, a New York court ordered YU to immediately recognize the YU Pride Alliance as it does other school clubs. The university sought a stay of that order and appealed to the U.S. Supreme Court for relief.

An initial stay was granted by Justice Sonia Sotomayor. Then the full court, in a 5-4 decision issued in September, denied Yeshiva University’s request. It ordered the school to take its appeal back to New York state courts, which YU has since done.