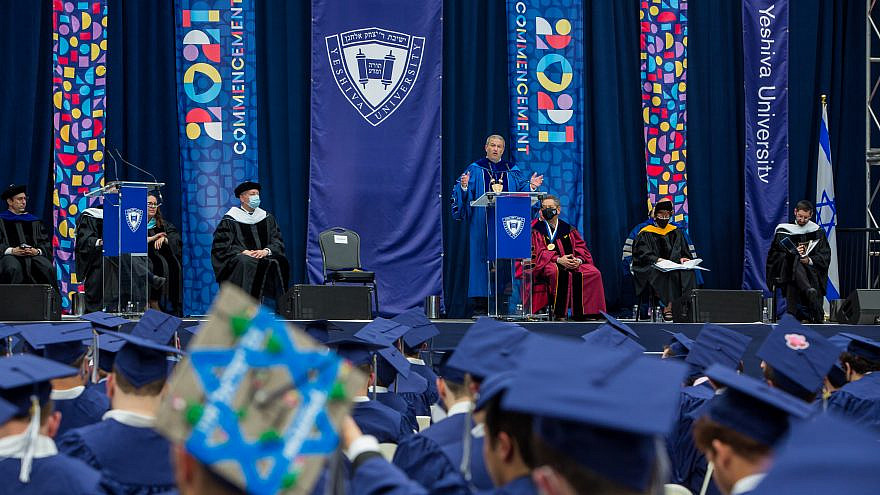 (September 15, 2022 / JNS) The United States Supreme Court on Wednesday ruled that Yeshiva University must recognize, at least temporarily, a student LGBTQ club. The justices voted 5-4 to reject the school’s petition to intervene and block a New York state court’s decision demanding it recognize the club.

The Modern Orthodox university appealed to the Supreme Court late last month, citing its rights under the First Amendment, which protects freedom of religion. The university argues that recognizing the YU Pride Alliance, which would grant the club funding and other benefits, is contrary to its beliefs.

“The application is denied because it appears that applicants have at least two further avenues for expedited or interim state court relief,” the court said in its ruling, according to media reports.

If those efforts fail, the university “may return to this court,” the justices reportedly wrote in the majority decision.

By contrast, the dissenting judges wrote, “The First Amendment guarantees the right to the free exercise of religion, and if that provision means anything, it prohibits a State from enforcing its own preferred interpretation of Holy Scripture. Yet that is exactly what New York has done in this case.”

In April 2021, a group of students representing the YU Pride Alliance filed a lawsuit against the university’s president, Rabbi Ari Berman, and then-vice provost for student affairs Chaim Nissel for discrimination.

A New York judge in June ruled the university must recognize the group, a decision that is being appealed in the NY state court system.