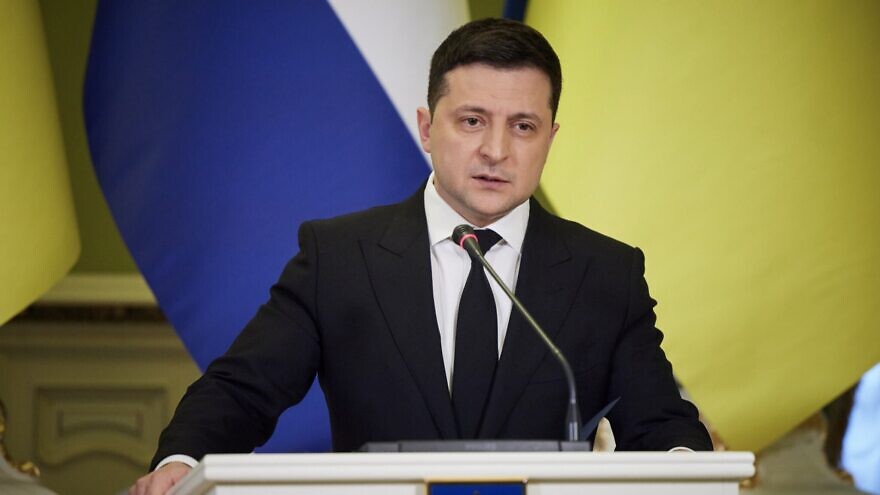 Zelenskyy called on the Israeli people to remain strong in the face of the terror attacks. Those attacks resulted in the killing of Aryeh Shechopek, 16, a yeshiva student.

More than 20 other persons were wounded in the two explosions that targeted bus stops near entrances to Israel’s capital during the morning rush hour.

Herzog thanked Zelenskyy for his kind words. The president added that the Israeli public is concerned for the well-being of the Ukrainian people and is working in various ways to alleviate its suffering.

Israel set up a field hospital in Ukraine in March, shortly after the war began, and has supplied other humanitarian aid as well.

Zelenskyy underscored the deep connection between Israel and Ukraine, which he said exists not only between leaders but also between people, including many Jewish immigrants to Israel from Ukraine.

Zelenskyy welcomed the conclusion of elections in Israel and expressed hope for cooperation with the next government. Herzog described the process of government formation and noted a desire to maintain dialogue with Kyiv on a number of humanitarian issues, especially concerning the approaching winter, immediately upon the establishment of the next government.