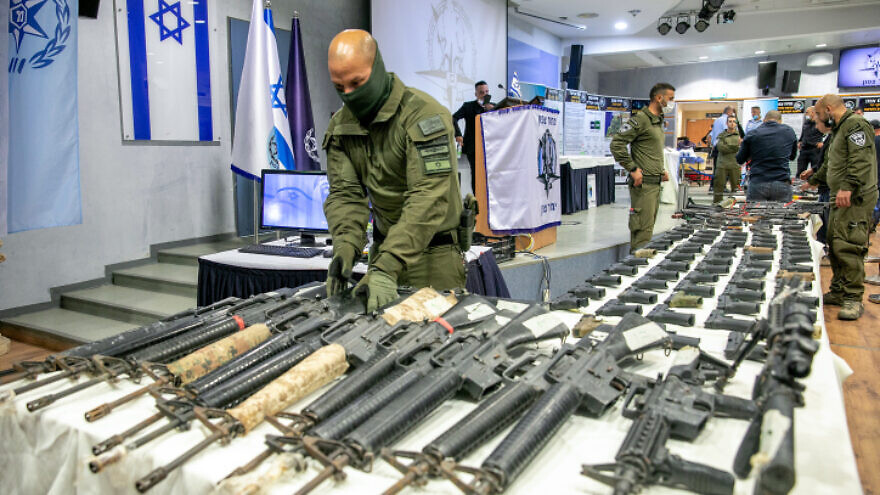 (April 17, 2022 / Israel Hayom) Police arrested 16 people suspected of involvement in shootings and other acts of violence during a series of raids in the Arab village of Daburiyya, near Nazareth, last week.

In the operation, which involved numerous forces, including Border Police, investigators and canine units, Kalashnikov rifles and ammunition were seized. Palestinian flags were also found in a number of homes.

The arrests were just the latest in the over 600 carried out in Arab communities in the north of the country since the beginning of the year.

Over the last four months, 498 weapons—including 100 rifles, 177 handguns, 186 grenades and 22 explosive devices, as well as raw explosive material, were seized.

“Weapons seized today will not kill tomorrow,” the Israel Police said in a statement. “Northern District officers are fighting an all-out war against the phenomenon of illegal weapons in Arab society in accordance with Northern District Commander Shimon Lavi’s policy of drying out the swamp and not just catching the mosquitoes. The police who are at the forefront of the struggle strive for contact and fight for any seizure of weapons and act with a variety of advanced means to locate criminals who are on their way to carry out a shooting and catch them in the act.”