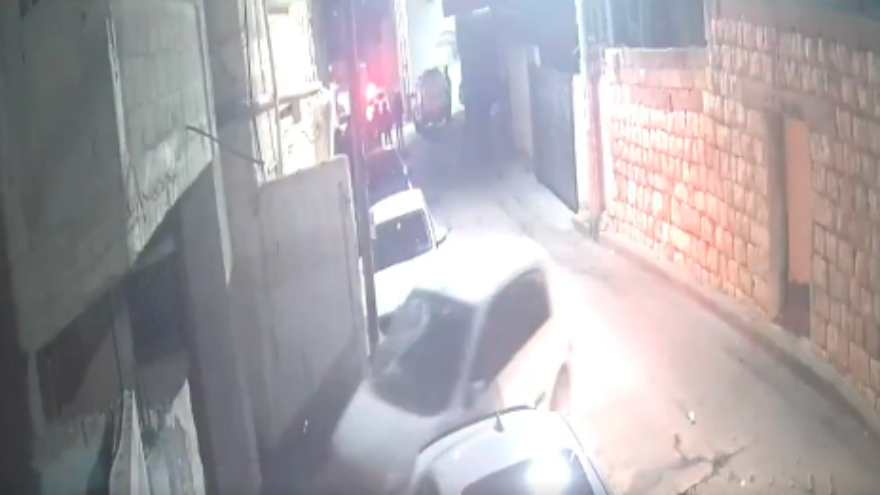 (December 23, 2022 / JNS) Overnight on Thursday, a terrorist ran over three Israeli police officers in the Arab town of Kafr Qassem.

The officers suffered light injuries and were evacuated to Beilinson Hospital for treatment. The Arab terrorist, a resident of Kafr Qassem, who drove the vehicle that carried out the attack was shot and killed.

Located about 12 miles east of Tel Aviv, Kafr Qassem is located within the pre-1967 armistice lines.

Special police forces were called to the scene to conduct searches for additional suspects with the help of a helicopter. A search in the building where the attacker came from found firebombs, ammunition and a Carlo (i.e., an improvised submachine gun that is a popular weapon among Israeli Arab and Palestinian gangs). A knife was also found in the terrorist’s vehicle.

The commander of the Central District of the Israel Police, Supt. Avi Biton, conducted a special situation assessment at the scene. Following the assessment, Biton said that based on the officers’ testimony and the evidence, the attack was likely planned a few days in advance.

“The officers acted in a determined manner as is expected in such an event from our officers,” said Biton.

CCTV footage documenting the ramming attack shows the terrorist shooting at the officers at close range, before getting into a car and attempting to run them over. This contradicts claims from the terrorist’s family that the attacker “was executed in cold blood.”

The footage clearly shows assailant Naim Badir shooting from close range at the officers, before getting… (1/2) pic.twitter.com/QbJpKuUxxZ

“I praise the police officers who acted professionally and quickly to eliminate the terrorist in Kafr Qassem and thus prevented a major attack,” Netanyahu posted. “Well done!”