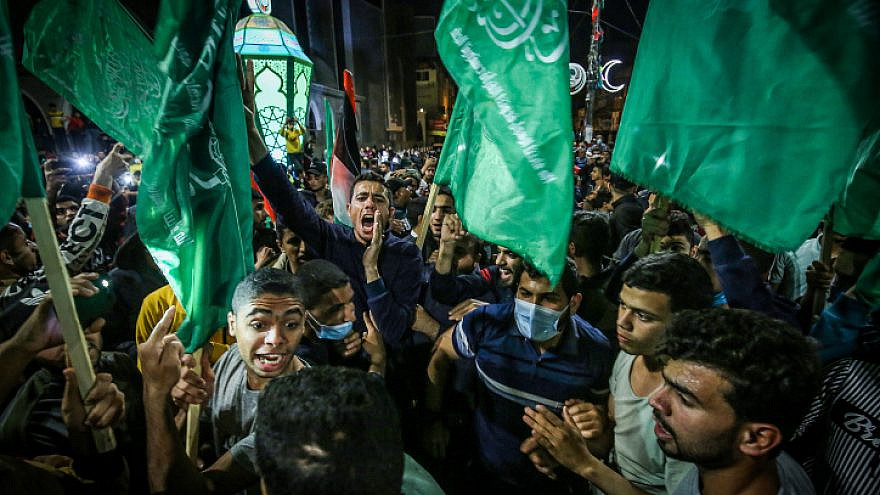 (April 26, 2021 / JNS) As part of its power struggle with Fatah, Hamas has been enabling smaller Gazan terror factions to fire rockets at Israeli border communities since Friday.

Since April 23, the smaller armed groups have fired 41 projectiles at southern Israel with three launched on Sunday night at Sderot and intercepted by the Iron Dome air-defense battery.

Programmed to stop only those rockets heading to built-up areas, Iron Dome shot down 10 such projectiles, with an additional 31 falling in open areas.

While disturbances in Jerusalem have helped ignite the Gazan arena, the biggest catalyst is Hamas’s political showdown with Fatah, triggered by a decision by Palestinian Authority leader Mahmoud Abbas to hold elections next month to the Palestinian Legislative Council.

Hamas stands a good chance of winning a majority of seats, as it did in 2006, and Fatah—divided and worried about the survival of its rule in the West Bank—is likely to “postpone” the vote, using Israel’s refusal to allow the elections to take place in eastern Jerusalem as a ladder to climb down from its self-inflicted predicament.

Israel is aware of the wider context of the Gazan flare-up and has demonstrated flexibility in its response, choosing to contain the rocket fire until now and responding in a measured, limited manner, including through selective airstrikes and artillery fire at Hamas targets.

But the rockets have not stopped, and Israel’s patience is running out. Israel sent a message to Hamas on Sunday, saying that if rocket fire continues to afflicted southern civilians, Gaza’s armed factions should expect a significantly firmer Israeli response.

It’s not yet clear whether Hamas has internalized the message, and Monday night will form a decisive test.

If rocket fire continues into Wednesday night and Thursday morning, Gaza and Israel will enter a different phase in the escalation.

‘Hamas is choosing to deteriorate your condition’

To help underline its message, Maj. Gen. Ghassan Alian, Coordinator of Government Activities in the Territories, ordered the complete closure of the sea fishing zone off the Gazan coast on Monday morning until further notice as a response to rocket fire from Gaza overnight.

In the meantime, the Israel Defense Forces are preparing a range of potential responses.

IDF Chief of Staff Lt. Gen. Aviv Kochavi, who on Saturday postponed an important visit to the United States to discuss Israel’s perspectives of nuclear talks with Iran due to Gaza tensions, held multiple situation analyses in the past 48 hours as part of preparations.

Col. Iyad Sarhan, the head of the Coordination and Liaison Administration (CLA) for Gaza, is approaching the residents of the Gaza Strip: “Instead of focusing on the improvement of the civil reality, Hamas is choosing to deteriorate your condition. Unless the security stability returns, the fishing zone of the Gaza Strip won’t be expended.”

To help drive the message home, he used Facebook to address the residents of the Gaza Strip in Arabic, warning that Hamas is leading Gaza escalation, and harming its residents.

“The blessed month of Ramadan is intended to be a time for families, and yet, Hamas has chosen a course to the detriment of the Gaza Strip and rather than investing in improvement of the civil and economic situation, it is escalating and bringing harm first and foremost to you,” wrote Sarhan. “Following three days of rocket fire from the terror organizations, Israel has decided to close the fishing zone that has been significantly contributing to the Gaza Strip’s economy and welfare.”