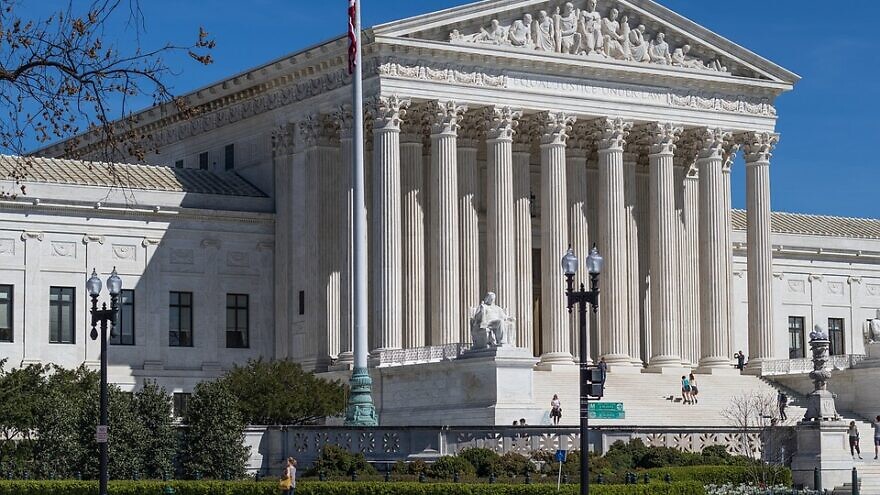 (November 18, 2020 / JNS) Agudath Israel of America and two affiliated congregations have taken their lawsuit against New York Gov. Andrew Cuomo to the U.S. Supreme Court as they seek to overturn his closure of houses of worship as part of the state’s COVID-19 “cluster initiative” to prevent the spread of ongoing coronavirus pandemic.

The filing for an emergency injunction by the national Agudath organization and two of its local congregations—Agudath Israel of Kew Garden Hills in Queens and Agudath Israel of Midwood in Brooklyn—against Cuomo’s orders comes nearly a week after a panel from the Second Circuit Court of Appeals denied the plaintiff’s motion for injunctive relief.

Agudath’s suit is one of several filed in recent weeks after the governor divided the state up into different “zones” based on the severity of COVID-19 in that region. Each zone had different rules and regulations. However, the most severe rules appear aimed at neighborhoods with large Orthodox populations in Orange and Rockland counties, and in Brooklyn and Queens, N.Y.

“It’s bad enough when the government puts religion in the back of the line when it comes to reopening during the pandemic. It’s even worse when the government targets a particular religion for special disfavor,” said Joe Davis, counsel at Becket Fund for Religious Liberty, one of two firms acting as counsel for Agudath Israel. “A ruling for the synagogues will show that, even during a pandemic, governments in this country aren’t permitted to scapegoat Orthodox Jews based on little more than irrational fear and spite.”

Also representing the plaintiffs is the firm of Troutman Pepper Hamilton Sander LLP in New York.

Requested an emergency ruling before Shabbat

In the filings, the synagogues are asking the Supreme Court to consider whether Cuomo’s actions violated the free exercise clause of the constitution as the governor made it clear “through unambiguous statements that the order was targeted at a religious minority’s practices and traditions” and because the order “on its face, disfavors worship.”

Agudath’s executive vice president, Rabbi Chaim Dovid Zwiebel, said in a statement, “History has shown us that in challenging and uncertain times, religious minorities, and Jews in particular, are often the first to have their rights curtailed. For this instance and for all future instances, we cannot allow this to rest unchallenged.”

Attorney Avrohom Weinstock, Agudath’s chief of staff, said the Jewish organization has “proactively spearheaded safe procedures for the community throughout this pandemic. It strategized shul procedures with hundreds of [rabbis] nationwide, issued over a dozen guidance documents and distributed hundreds of thousands of masks. While we continue to emphasize safety in our communities, government cannot, under the guise of health, be allowed to have one set of rules for religious activities and another rulebook for secular activities.”

The filing before the Supreme Court also alleges that the governor “gerrymandered areas that contain predominately Orthodox Jewish communities for stringent gathering limitations without providing any generally applicable basis for the restrictions … eschewed traditional geographic boundaries, and has afforded himself carte blanche authority to inflate or diminish rates as he desires, including by moving the boundaries of the ‘zones’ at will.”

The plaintiffs have asked for an emergency ruling by Friday in the hopes that they, and their congregants, will be able to return to synagogue for Shabbat. According to Davis of the Becket Fund, it’s a timetable that is doable.

“The court frequently issues rulings on emergency applications on expedited time frames. And given that our clients have had their synagogues shut down for six weeks, the request is reasonable,” he told JNS. “We have also given the court the option of granting certiorari and ruling on the merits after full briefing and argument.”

This is not the first lawsuit against Cuomo’s limiting of religious gatherings to make its way to the Supreme Court. The Roman Catholic Diocese in Brooklyn last week filed its own appeal in its battle to reopen churches located in red and yellow zones there.