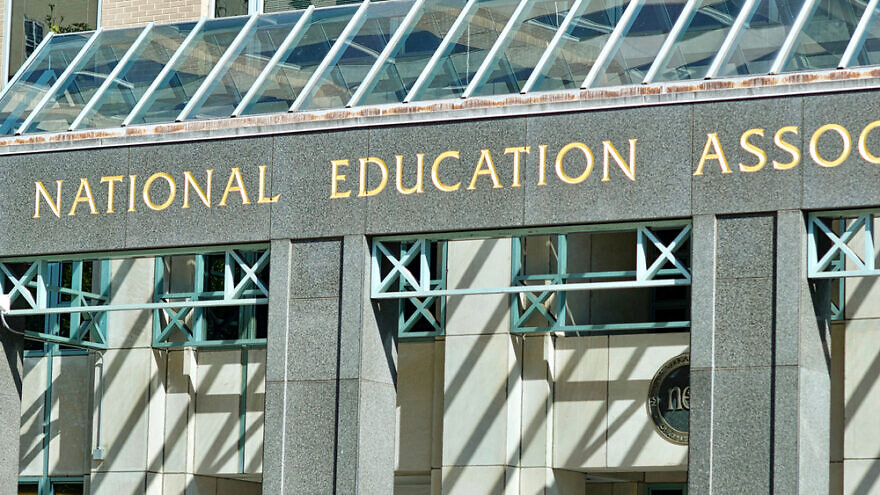 (July 1, 2021 / JNS) At its annual conference this week, the National Education Association (NEA), the nation’s largest teachers union, will debate and decide on whether to adopt two resolutions—one boycotting Israel and another to recognize Palestinian statehood.

The multi-day conference that began Wednesday will consider calling on the United States to cut material support and funding to Israel and promote Palestinian causes through a range of programs at a total cost of $71,500, the Washington Free Beacon reported.

Among the over 30 proposals that will be debated during the conference, is an item to publicize the union’s support for the Palestinian Authority.

The item, according to the Beacon, was endorsed by 50 members of the association and states, “The Arab population of Palestine has again risen up in a heroic struggle against military repression and ‘ethnic cleansing’ by the Israeli state and extreme nationalist forces in Israeli society,” the item description stated. “The NEA’s support of this struggle will weaken reaction internationally.”

Another item, New Business Item 51, calls on the union to recognize the Palestinians as a sovereign, stating that Palestinian families and children have a human right to access quality education and live freely as outlined in the U.N. Declaration of Human Rights.

Other teachers unions throughout the country have recently criticized Israel, with the second biggest teachers’ union, the American Federation of Teachers, passing statements in June condemning Israel as an apartheid state, with the Federation’s president, Randi Weingarten, saying in an interview earlier this year that Jews were “part of the ownership class” dedicated to denying opportunities to others.”