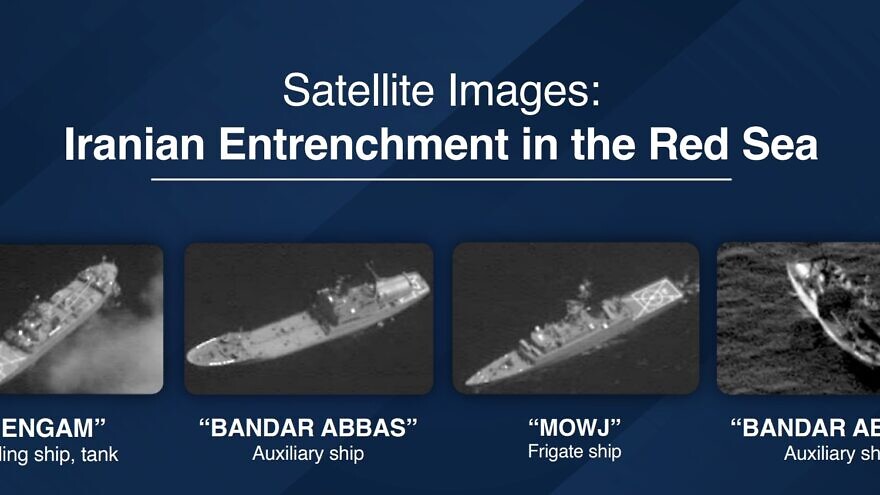 (July 5, 2022 / JNS) Israeli Defense Minister Benny Gantz unveiled satellite imagery on Tuesday of four Iranian ships sailing in the Red Sea in recent months during a presentation he delivered at an international summit in Greece.

Speaking at the 26th Annual Economist Government Roundtable in Athens, Gantz said: “We can confirm that Iran is methodically basing itself in the Red Sea with warships patrolling the southern region. In the last months, we have identified the most significant Iranian military presence in the area, in the past decade. It is a direct threat to international trade, energy supply and the global economy.”

Gantz warned that this activity also constitutes “a direct threat to peace and stability in the maritime arena, which may affect the Mediterranean and beyond.”

The defense minister also discussed a recent Iranian test of a satellite launcher, saying that “just a week ago, Iran conducted yet another test of a satellite launcher from Semnan province. This test demonstrates that the Iranian regime has the capabilities to develop intercontinental ballistic missiles that may reach as far as the center of Europe. This is in addition to operational ballistic systems and UAVs that can already reach the East[ern] Med[iterranean].”