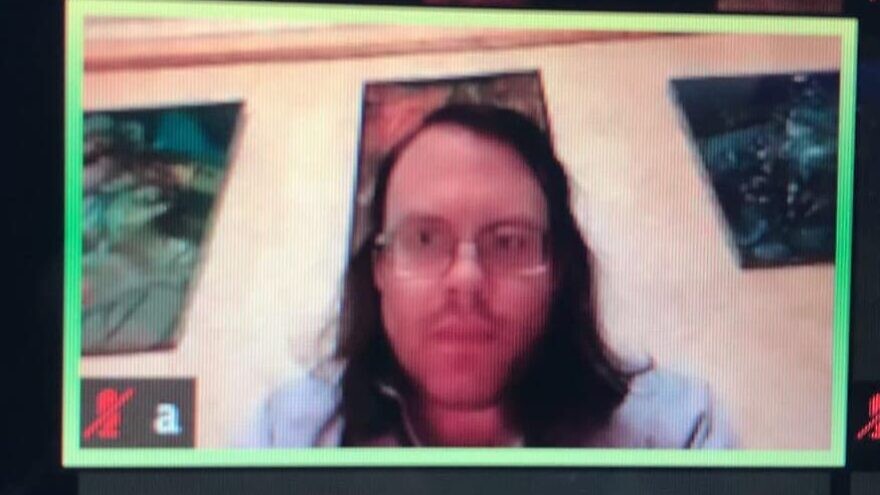 Andrew Alan Escher Auernheimer, also known as “weev,” has a history of expressing anti-Semitic and other bigoted views. He appeared in the video conference, hosted by the Greater Boston chapter of NCSY, a Jewish youth group, and pulled down his shirt collar to show a swastika tattoo on his chest.

New evidence uncovered by the Canary Mission, an anti-Semitism watchdog site, has revealed that Auernhaimer has another pseudonym, “Joseph Evers,” who was listed as the owner and creator of a racist website and Wikipedia parody site called Encyclopedia Dramatica created in 2010. Since 2010, Evers has been wanted by Australia’s Human Rights Commission for violating the country’s Racial Discrimination Act in connection to his creation of the racist website.

The website is “on the Australian Communications and Media Authority’s list of websites to be banned under the government’s planned Internet filter,” reported Australia’s ABC News.

“Andrew Auernheimer [Andrew Alan Escher Auernheimer] has called to wipe out Jews and advocated the mass murder of non-whites. He has also promoted violence against minorities and women and praised terrorists as heroes,” the Canary Mission said on its site.

In 2012, Auernheimer was sentenced to three-and-a-half years in prison for federal crimes involving “one count of identity fraud and one count of conspiracy to access a computer without authorization.” That charge was later overturned.

In a blog post, Auernheimer wrote, “My counsel has advised me that I can never under any circumstances visit my family in Sydney again, nor otherwise make any appearances on Australian soil. Here’s to the hidden cost of freedom.”