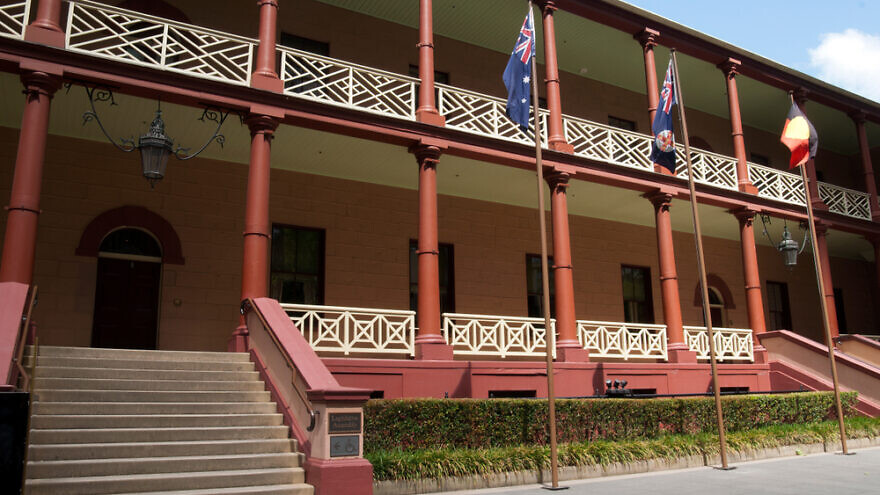 (February 4, 2022 / JNS) The New South Wales Parliament in Australia is considering a proposed bill that would outlaw all public displays of Nazi symbols, such as swastikas.

The legislation would give exceptions to symbols used for educational, historical and/or other legitimate purposes.

A parliamentary inquiry heard from those who support the proposed bill, including Jewish groups and members of the Hindu community, who view the swastika as an ancient religious symbol, reported Australia’s ABC News.

“The time for action is now … because fighting the ideology of mass murder and incitement to violent racism should never be a partisan issue,” said Anti-Defamation Commission chairman Dvir Abramovich, according to the Australian Associated Press.

He added that the bill gives the parliament “a moment of truth” to address a serious issue, and if passed, it would “make history.” The legislation would also be “a thunderous victory against those evil forces who wish harm.”

Holocaust survivor Joseph Symond, 97, said the display of swastikas in Australia in recent years has been “very disturbing” for Jews. He said “it ultimately brings back very vivid memories … of the horror and suffering of my people … and many others. We are talking strictly about hate … and that’s what I’m fighting against.”

NSW Police Deputy Commissioner Dave Hudson, however, told the inquiry that banning swastikas might have a negative effect.

“When you force something underground, it gains a certain mystique and attraction for certain individuals,” he said. “We’re not dealing with people who are mainstream Australia; we have individuals who align themselves to extreme right-wing ideology. The type of individuals that we deal with will certainly be attracted to the prohibition of this type of symbol.”