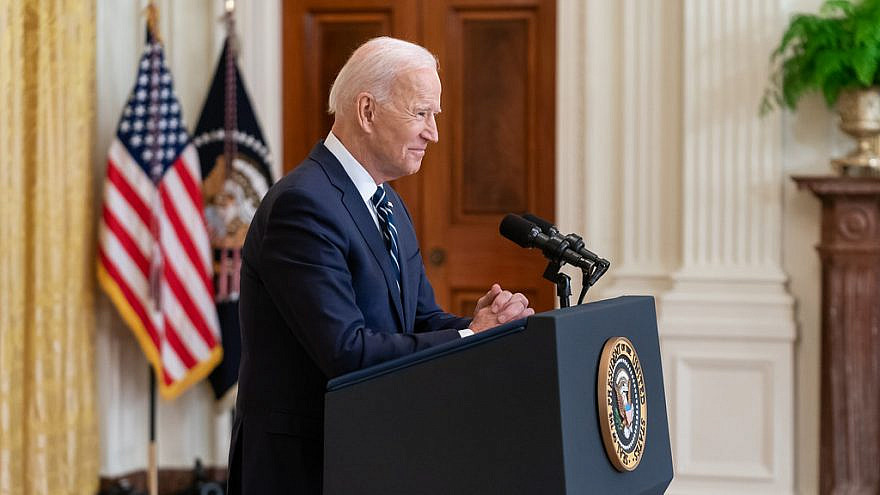 (May 13, 2021 / JNS) U.S. President Joe Biden said on Thursday that he considers Israel’s response to two days of rocket fire from the Gaza Strip as proportionate.

“One of the things I’ve seen thus far is that there has not been a significant overreaction,” he said, responding to a question by a reporter on how he thinks Israel has responded to more than 1,300 rockets launched by Hamas and terror factions in Gaza.

“The question is how they get to a point where there is a significant reduction in the attacks, particularly the rocket attacks that are indiscriminately fired into population centers, but I expect that I’ll be having some more discussions,” he said, referring to efforts by his administration to speak to other regional actors to bring about calm.

Biden spoke with Israeli Prime Minister Benjamin Netanyahu on Wednesday, where he reiterated his “unwavering support” for Israel’s security.

According to a readout of the call from the White House, Biden “condemned the rocket attacks by Hamas and other terrorist groups.”