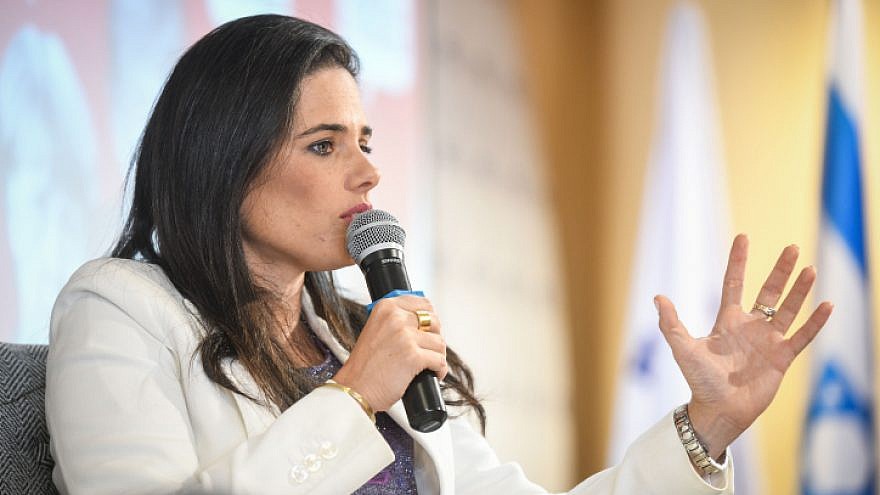 (August 3, 2020 / Israel Hayom) The tensions rattling Israel’s governing coalition are likely to worsen this week as a new bill seeking to challenge the judiciary is expected to hit the Knesset floor and may have far-reaching implications for the relations between coalition partners Likud and Blue and White.

The bill, which will be presented by Yamina Knesset member and former Justice Minister Ayelet Shaked, focuses on a legislative override provision pertaining to the High Court of Justice.

Under Israeli law, a so-called “exceptions clause” can be added to any Basic Law—Israel’s quasi-constitutional legislation—allowing the Knesset to pass regular laws that essentially contradicts the benchmark legislation for a limited amount of time, usually no longer than four years. The move does, however, require a majority vote of at least 61 MKs.

Passing such an amendment to the Basic Law would allow the Knesset to reenact laws that have been struck down as unconstitutional by the High Court.

Past bills of this nature were blocked by the Kulanu Party, which merged into Likud ahead of the March elections.

This time, Blue and White has stated that they will vote against the bill, which it claims will compromise the court’s independence.

Coalition chairman Miki Zohar (Likud) said over the weekend that he plans to recommend to Israeli Prime Minister Benjamin Netanyahu that he vote in favor of Shaked’s bill.

Such a vote would breach coalition discipline, as under the unity government agreement, Likud and Blue and White are supposed to coordinate their positions on Knesset votes.

Shaked, whose party currently sits in the opposition, urged the coalition to support her bill.

“Right-wing lawmakers will have a unique opportunity this week to stop whining and take action to stop judicial piracy,” she wrote on Facebook.

“On Wednesday, the Knesset will vote on my bill to anchor the exceptions clause and regulate the relationship between the branches of government once and for all. This is the first Knesset where a majority for such a law is possible.”

Zohar told Israel Hayom he “finds it hard to believe that we [Likud MKs] would vote against this bill,” which “is in line with our ideology and what we promised our voters.”

Blue and White issued a statement saying, “We will not allow for anti-democratic legislation to pass. We promised as much to the Israeli public and that’s what we’ll do. This was also agreed upon when we entered the unity government. We intended to hold up our end of the deal and we expect our [coalition] partners to do the same.”