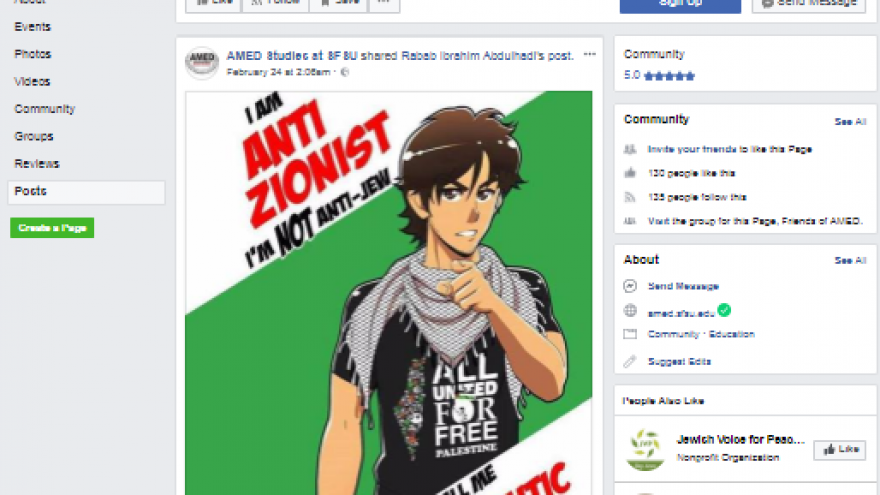 (March 22, 2018 / JNS) A Palestinian professor at San Francisco State University has been condemned by dozens of organizations after calling the acceptance of pro-Israel students to the institution a “declaration of war” against Arabs and Muslims.

SFSU President Leslie Wong issued an apology to the university’s Jewish students for an interview conducted a year ago, in which he would not say that Zionists would be accepted on campus, due to the university Hillel’s complaint that the administration would not take “concrete action steps” to push back against anti-Israel propaganda on campus.

“I consider the statement … from President Wong, welcoming Zionists to campus, equating Jewishness with Zionism, and giving Hillel ownership of campus Jewishness to be a declaration of war against Arabs, Muslims, Palestinians and all those who are committed to an indivisible sense of justice on and off campus,” said Abdulhadi’s Facebook post.

In response, 60 faith-based and higher-education organizations signed a joint letter condemning Abdulhadi, calling her statements “highly inflammatory” and “an incitement to violence and a direct threat to Jewish students as SFSU.”

The group noted that a series of fliers, chalkings and graffiti messages saying “Zionists Are NOT Welcome” went up across campus just hours after the professor posted her remarks.

Three days later, Abdulhadi wrote on her on Facebook page that “Zionists are NOT welcomed on our campus.”

At a previous event co-sponsored by AMED, stencils were handed out for painting placards stating, “My heroes have always killed colonizers.”