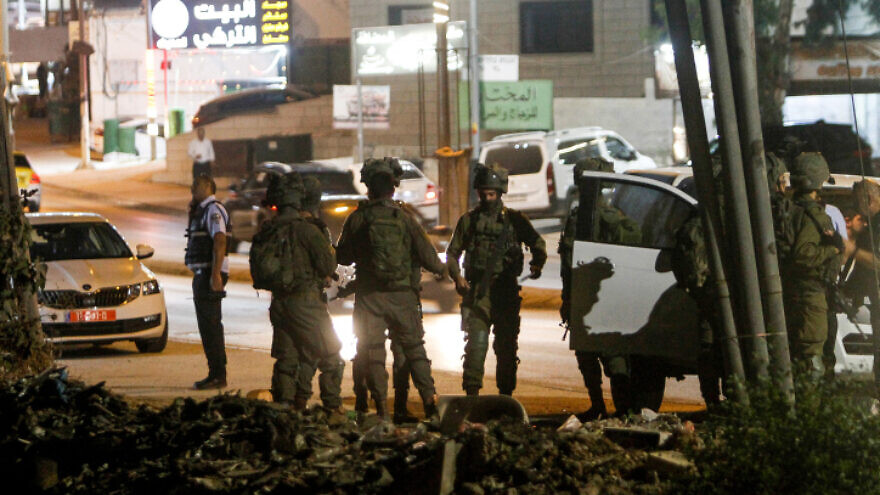 (October 30, 2022 / JNS) Five Israeli soldiers were wounded in a terror attack at two locations in the Jordan Valley, south of Jericho, on Sunday.

The terrorist rammed four soldiers at the Nabi Musa Junction before proceeding to the nearby Almog Junction, where he drove into into a young woman, according to Israel’s Channel 14.

The IDF said in a statement that soldiers in the area of the second attack fired at the assailant, who attempted to flee the scene before being neutralized by a police officer and an armed civilian.

Video footage posted on social media shows the officer and civilian firing on the terrorist, who suffered serious wounds.

According to an initial report by Magen David Adom Paramedics, the attack left five Israelis injured but fully conscious, with one person classed as being in moderate condition with head injuries and others lightly injured.

Meanwhile, a 50-year-old Israeli killed by a Palestinian terrorist on Saturday night at the entrance to Kiryat Arba has been identified as Ronen Hanania, 50.