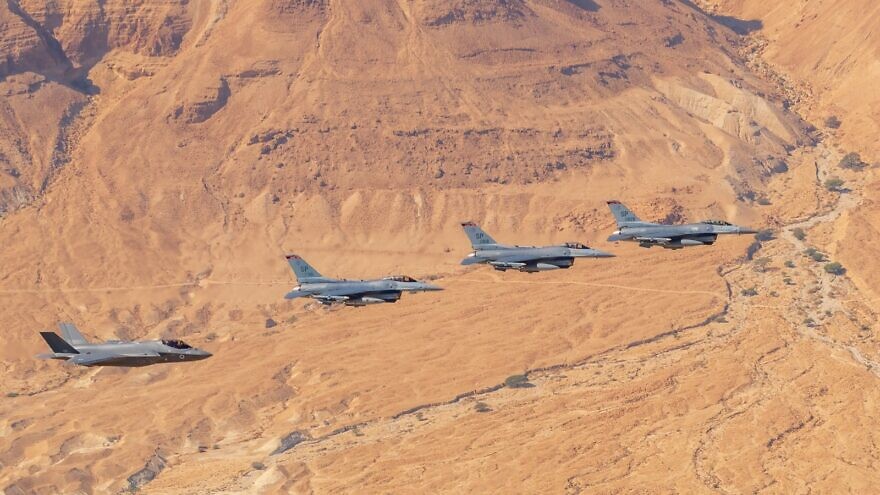 “We cannot be naive. We are facing a new set of threats. Our world is extremely complex and our neighborhood is, unfortunately, becoming more unstable. Greece will continue to strengthen its defense capabilities and upgrade its armed forces,” he said.

The Greek premier made the remarks during a visit to Andravida airbase in the Northwest Peloponnese, where Greece is currently hosting its annual “Iniochos” multinational military exercise. Participants this year include the United States, Canada, Cyprus, Israel, Slovenia, Spain and the United Arab Emirates. The exercise began on April 12 and ends on April 22.

Greece announced a major rearmament program last year following a standoff with Turkey over natural gas drilling rights in the eastern Mediterranean, according to the AP.

Athens plans to spend 11.5 billion euros ($13.8 billion) on its military upgrade program over the next five years, according to the report.

On Sunday, Israel and Greece announced the signing of a defense cooperation agreement worth approximately 5.4 billion shekels ($1.6 billion), the largest-ever defense procurement deal between the two countries. Under the agreement, Israel’s Elbit Systems will establish and operate a flight training center for the Hellenic Air Force, modeled after the Israeli Air Force’s own flight academy.

The HAF has also begun upgrading its fleet of F-16 jets and has placed a 2.3 billion euro ($2.8 billion) order for 18 Rafale fighters from France, according to the AP.

“What makes [these exercises] really unique is the way in which Greece is able to build bridges between our NATO allies and key regional partners like Israel, UAE, Cyprus,” said Pyatt, according to the AP.

First held in the late 1980s, Greece opened the annual exercise to foreign participation in 2015, with the first participants being Israel and the United States, according to the HAF.