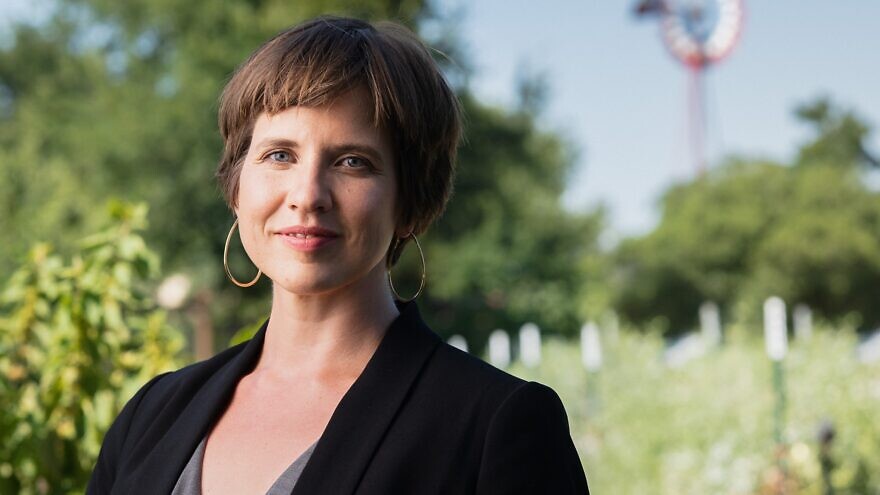 (December 23, 2019 / JNS) A Democrat running in Texas for the U.S. House of Representatives next year has compared the situation of the Palestinians to that of African-Americans under segregation during the 19th and 20th century.

“Palestinians currently live under conditions analogous to Black Americans under Jim Crow—they deserve better,” states the campaign website of Heidi Sloan, who is running for the Democratic nomination in the state’s 25th Congressional District, which is currently served by Republican Rep. Roger Williams.

Sloan calls for ending U.S. assistance to Israel “until the occupation of Palestinian territory is ended.”

The term “occupation” initially applied to Palestinian areas the Israelis oversaw after gaining land (eastern Jerusalem, the West Bank, the Gaza Strip, the Golan Heights and much of the Sinai) in the 1967 Six-Day War—land the Arabs refused to negotiate as part of the Khartoum Conference in 1968, signified by “Three No’s” in reference to Israel: no peace, no recognition, no negotiations.

Ever since then, the word has been used by anti-Israel groups in the attempt to delegitimize Israel.

Yet as with most terminology used in the Israeli-Palestinian conflict, no clear definition exists, even after the Palestinian Authority has overseen Arab-majority sections (known as Area A under the Oslo Accords) of the West Bank since 1994 and Hamas has run Gaza since 2007 (taking it away from the P.A. after Israelis withdrew in 2005). Egypt negotiated with Israel to get the Sinai back in 1982 as part of direct negotiations with Israel.

Still, some consider all of Israel to be “occupied” territory.

“We call for the removal of illegal settlements in the West Bank, an end to the blockade of Gaza, freedom of movement for Palestinians living in the West Bank and Gaza, and that Palestinians living in Israel are guaranteed full rights under the law,” states Sloan’s website. “I oppose any laws that attack our First Amendment rights to criticize Israel or participate in the Boycott, Divestment and Sanctions movement.”

She continues, “The U.S. must work together with the U.N. and the international community, not unilaterally, to negotiate a lasting peace in the region built on justice and self-determination.”

A member of the Democratic Socialists of America, which supports BDS, Sloan, a community organizer and farmer, isn’t the only Democrat running in the race. Julie Oliver, who lost to Williams in November 2018, is running again.