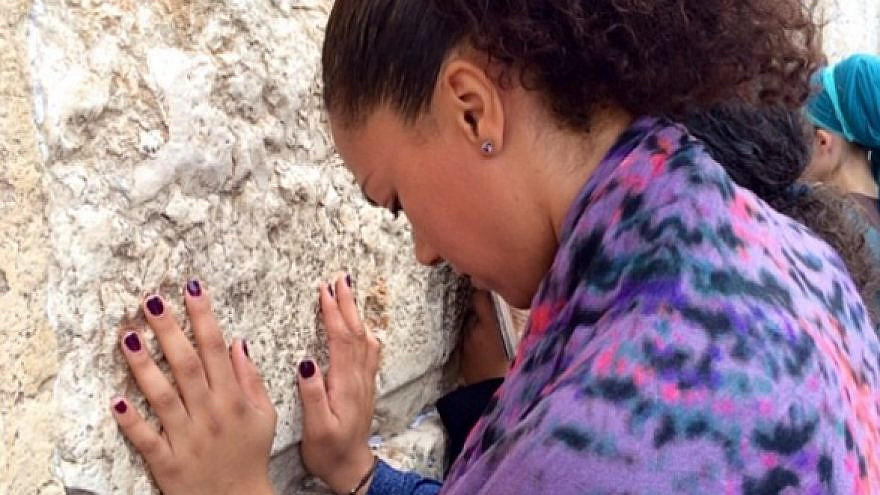 (March 22, 2021 / JNS) When Rosalyn Gold-Onwude was a college student at Stanford University, she participated on Birthright Israel. Several years later, she went on her second trip—this time, as a staff member on her younger sister’s Birthright experience. While participating in the program is not so unusual—more than 600,000 Jewish young people have gone on the free, 10-day trips since the program’s founding in 1999—Gold-Onwude’s story is a bit different. She is the only Birthright participant to play on the Nigerian women’s national basketball team and to be inducted into the Jewish Sports Hall of Fame in Northern California.

Gold-Onwude, 33, is perhaps best known for her current work as an NBA broadcaster for ESPN; she has also hosted FirstTake on ESPN. Her impeccable media credentials include NBA and college basketball coverage. Since 2012, she has covered March Madness, the NCAA tournament and Pac-12 Men’s and Women’s college basketball as both an analyst and reporter. She has also worked with the Golden State Warriors, WNBA’s New York Liberty and NBA TV.

The 5-foot-10 former point guard and shooting guard for the Stanford Cardinals from 2005 to 2010 managed to reach the Final Four three times. As a senior, she was Pac-12 “Defensive Player of the Year.”

“My mother [Pat Gold] is Russian Jewish from Queens, N.Y.,” she described; her mother’s grandmother came from Riga, Latvia, escaping the Nazis. “My father [Austin Onwude] was born in Nigeria and lives in Nigeria. His side was the more dominant side!”

While she was at Stanford, several of her cousins had celebrated b’nai mitzvah and visited Israel. She began considering a trip there as well to learn more about her Jewish heritage. “A friend in college who is also half-Jewish said, ‘I’m going to apply [to Birthright]. You should, too. We both got in.”

‘Thirst to explore her heritage ’

She recently shared her story in a virtual conversation with Israel Outdoors, an organizer of Birthright Israel trips. 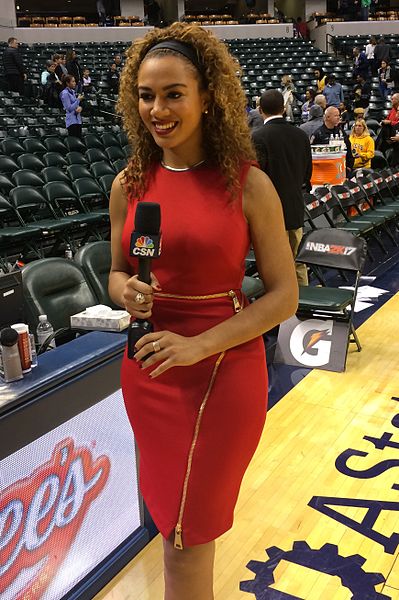 Nate Edelstein, North American director of Israel Outdoors, interviewed Gold-Onwude, explained that “with international travel largely on hold, Israel Outdoors has for months been hosting virtual events for our alumni, thanks to the support of Birthright Israel. We feature interesting, creative programs and speakers that bring a meaningful Israel experience to attendees. Ros’s insights and personal story are so compelling—she’s an alumna of Israel Outdoors’ Birthright Israel trips, a former basketball star at Stanford University, and now a top national basketball broadcaster and analyst.”

Gold-Onwude enthusiastically reported that “both trips were dope! Thanks to Birthright and Israel Outdoors, they were educational and fun.” She spoke movingly about star-gazing in the desert while staying in Bedouin tents, about the Dead Sea and how having Israeli soldiers join the group offered “a way different perspective” to the trip.

“My favorite place, hands down, was Tzfat,” she revealed. “I loved the mystical city.” She even showed off the jewelry and rings she purchased there.

Edelstein observed, “I think people are not only drawn to her background but also her thirst to explore her heritage, which is largely what led her to travel with Israel Outdoors. It was fascinating to hear from Ros about her life experience and her family’s journey—and how she was deeply moved and impacted by her Birthright Israel trip with Israel Outdoors.” 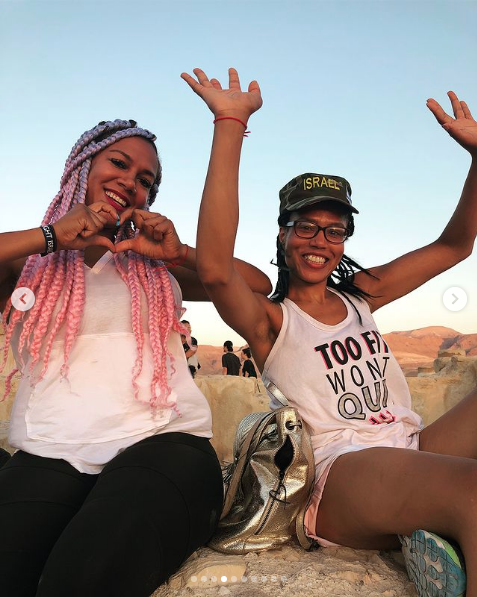 Rosalyn Gold-Onwude and her sister, Annie, together in Israel on Birthright. Source: Instagram.

Gold-Onwude considered playing professional basketball in Israel, even speaking with an Israeli coach. “I would not count as an American on the team; I considered making aliyah.” She noted that Israel is an ideal place to play basketball, as “the league is competitive, and they speak English, which helps with the transition. And it is a beautiful and vibrant country.”

While preparing for one of her trips to Israel, an American cousin encouraged her to reach out to a cousin on her mother’s side who lived in Jerusalem. “They invited me to their home, and we spent Shabbat together. They showed me pictures of my great-grandmother [the one who fled the Nazis] as a child. It was an incredible family moment!”

‘Part of Jewish culture is helpfulness’

Gold-Onwude found her second Birthright trip to be particularly powerful. She shared openly that her family was dealing with her mother’s early onset of Alzheimer’s in her 50s. As her mother was losing her ability to communicate, Ros was even more determined to learn about her mother’s family history. Serving as a staff member on her sister Annie’s Birthright trip, she said, was especially meaningful. “The most powerful experience was going to the Kotel [the Western Wall] in Jerusalem. We wrote about our mother and put the note in the wall. We held our hands up, and it was like the whole wall was vibrating!”

Gold-Onwude attributed so much of her basketball and her overall life success to her mother. “Basketball has given me everything,” she said. “It became a gift from my mom. She gave me her passion for the game. I got my mom’s passion and my dad’s athleticism!”

She described her mother’s “selfless efforts,” always giving to others and noting that “part of Jewish culture is helpfulness.”

Gold-Onwude said she continues to help others in a variety of ways, including mentoring young girls, raising awareness for mental-health issues, working with women in business and her ongoing efforts in Africa. She has participated in the NBA’s Basketball Without Borders Program and in the NBA Africa Game. On her visits, she has helped children develop basketball and life skills. She has also worked with the Hope 4 Girls basketball camp in Nigeria. 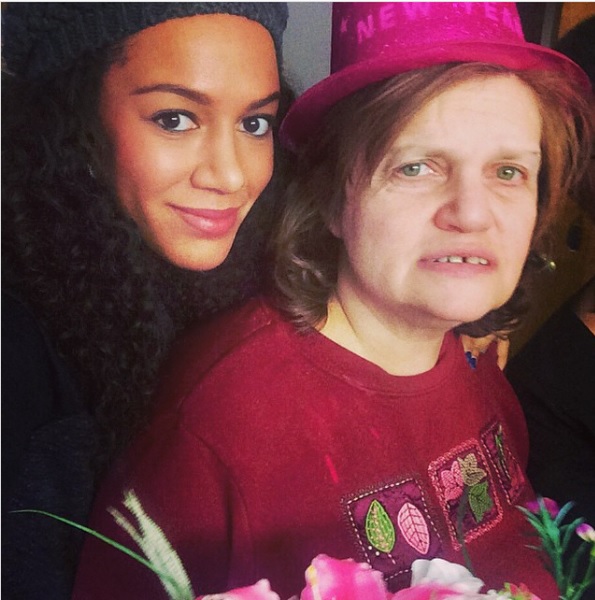 She added that she really got to know both Nigeria and the continent of Africa through her involvement with the Nigerian women’s national basketball team. She represented the team in the 2011 FIBA Africa Championship for Women, averaging 8.1 points, 2.1 rebounds and two assists per game.

Gold-Onwude concluded her presentation by noting how basketball changed her life.

After all, she now travels the country and world following her passion for the game: “It’s crazy what I’ve been able to see and experience!”